There are few more prominent preachers in the Islamic world than Shaykh Yusuf al-Qaradawi, an Egyptian Islamic scholar now based in Qatar, where he hosts a religious issues program on al-Jazeera with a viewership of 60 million and acts as the senior scholar for the popular website Islam Online. Often viewed as the spiritual leader of the Muslim Brotherhood, al-Qaradawi, like many Sunnis, was deeply impressed by the resistance the Lebanese Shiite Hezbollah movement offered to an Israeli invasion force in 2006. However, Hezbollah’s decision to aid the Syrian regime, its military ally, in repressing Syria’s largely Sunni armed opposition, has seen its support in the Sunni community largely evaporate. Most damaging has been the reversal in opinion of al-Qaradawi, who has abandoned his former support for the movement to publicly denounce Hezbollah as the servants of Satan. 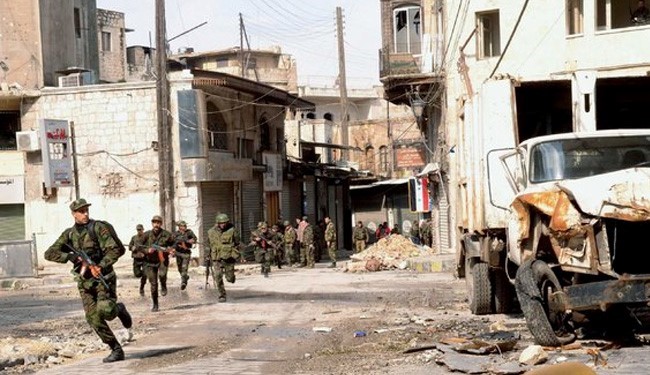 For al-Qaradawi, the last straw was Hezbollah’s successful 17-day assault on the town of Qusayr, near the Syrian border with Lebanon. The recapture of Qusayr was a devastating blow to Syrian opposition forces that, while not necessarily decisive, may still represent a turning point in Syria’s internal struggle as it restores government control of the Damascus to Aleppo highway and access to the Alawite heartland on the Syrian coast.  Hezbollah deputy leader Shaykh Na’im Qassim described the battle as “a severe blow to the American-Israeli-Takfiri scheme,” reflecting Hezbollah’s belief that anti-Shi’a Sunni extremists are being funded and armed by Israel and the United States as part of an effort to topple the Syrian regime and thus weaken resistance to a renewed Israeli assault on Lebanon and the destruction of the Palestinian cause (Naharnet [Beirut], June 6).

In a May 31 sermon at the Umar bin al-Khattab mosque in Doha, al-Qaradawi called on all Muslims with military training to make themselves available to the Syrian opposition. Describing Hezbollah (“the Party of God”) as Hizb al-Shaytan (“the Party of Satan”), al-Qaradawi suggested that the Lebanese Shiite movement was acting as a proxy for Iran, which desired “continued massacres to kill Sunnis.” The Egyptian preacher went on to ask the Sunni community: “Iran is pushing forward arms and men [in support of the Assad regime], so why do we stand idle?” Al-Qaradawi went on to acknowledge he had made a critical mistake in defending Hezbollah against attacks against it by the religious leadership of Saudi Arabia after 2006 in the belief that Shiites and Sunnis must present a unified resistance to Israel: “It seems that the clerics of Saudi Arabia were more mature than me” (Naharnet [Beirut], June 2; al-Arabiya/AFP, June 2).

Saudi Grand Mufti Shaykh Abd al-Aziz al-Ashaykh thanked al-Qaradawi for his public reversal of opinion and adoption of the approach taken to Hezbollah (“this detestable sectarian movement”) by the Saudi religious leadership, noting that Hezbollah did not respect “ties of kinship or the covenant with the believers [i.e. Sunni Muslims]” (Arab News [Jedda], June 7).

The contradictions inherent in al-Qaradawi’s simultaneous support of Hezbollah and the Syrian opposition had gradually become apparent as the Syrian crisis worsened. On May 4, the Egyptian preacher denounced Hezbollah and Shiite Iraqi Prime Minister Nuri al-Maliki for their support of al-Assad and called on the Syrian army to defect to the opposition Free Syrian Army (al-Sharq Online [Doha], May 4).  Though he did not mention Hezbollah by name, al-Qaradawi had warned supporters of the Syrian regime of the consequences of their actions later in May during a controversial visit to Gaza: “Those who are arrogant on this earth, Bashar al-Assad, his followers and all those who support him with funds, weapons and men, from all countries, will be taken by God” (al-Aqsa TV [Gaza], May 10).

However, al-Qaradawi’s about face on the relationship with Hezbollah appears to have put him at odds with the leadership of the Izz-al-Din al-Qassam Brigades, the military wing of the Sunni HAMAS movement that rules Gaza. According to reports carried an Islamist-sympathetic daily, the HAMAS military command sent a message to the movement’s Political Bureau rejecting al-Qaradawi’s approach, saying that the movement had benefited from the arms and military support it had received as a consequence of its alliance with Hezbollah and Iran, while “Arab money” from Saudi Arabia and Qatar had done nothing to advance the liberation of Palestine in comparison (al-Quds al-Arabi, June 6).

In April, the Syrian Ba’athist Party’s website denounced “the devil of sedition in Egypt, the named Yusuf al-Qaradawi” for issuing a fatwa calling for jihad in Syria and allegedly inciting assassins to kill Dr. Muhammad Sa’id Ramadan al-Buti, a noted ethnic-Kurdish pro-regime religious scholar who opposed Salafist ideology and was a noted critic of al-Qaradawi. Al-Buti was killed in a March 21 suicide bombing that left at least 41 other people dead inside a Damascus mosque (al-Ba’ath Online [Damascus], April 10).

In his May 31 Friday sermon in Doha, al-Qaradawi, using a pejorative term for the Syrian Alawites, described the “Nusayris” as non-Muslims, referring to the 1318 fatwa issued by the controversial Islamic scholar Ibn Taymiyah (1263-1328), who said: 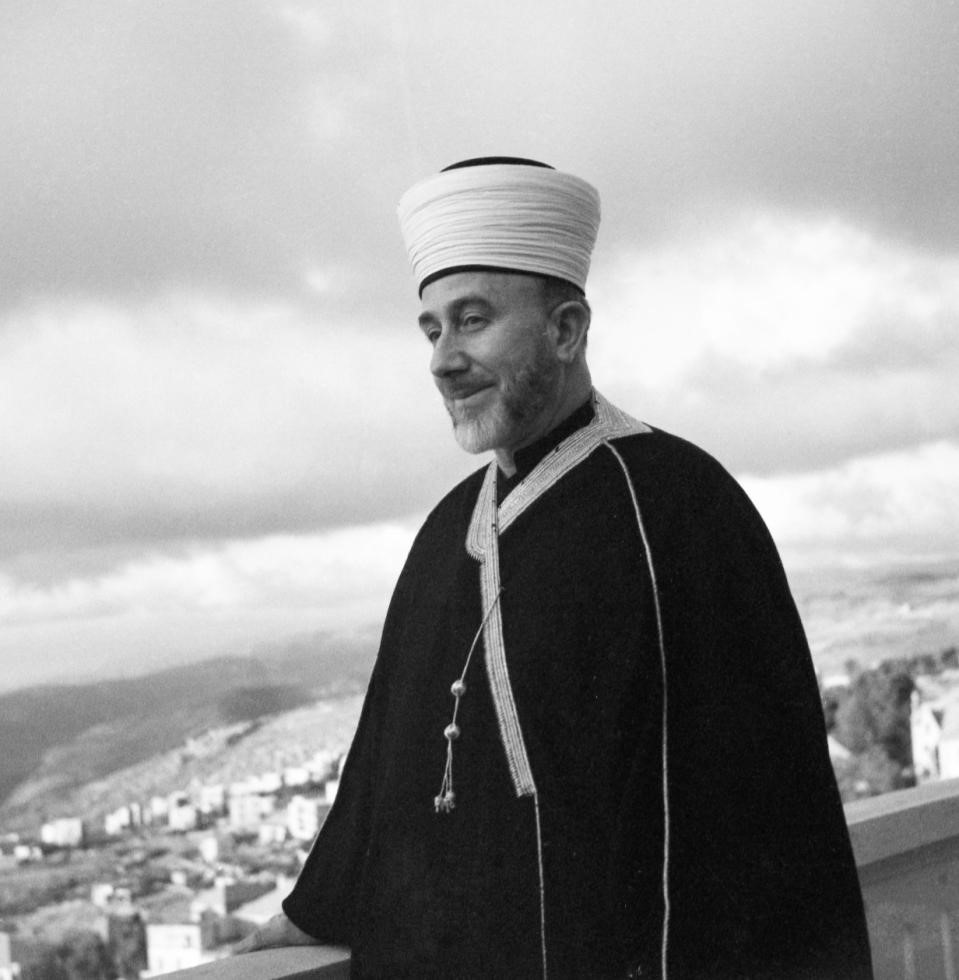 In making this statement, al-Qaradawi chose to overlook the 1936 fatwa issued by Hajj Amin al-Husayni, the Mufti of Jerusalem, which ruled that Alawis were indeed Muslims, though there are indications this ruling was politically motivated rather than the result of research into the beliefs of the Alawis, a minority sect that has dominated the Syrian government and military since independence.

Last October, al-Qaradawi included Hezbollah in a list of “enemies” who threatened Syria and the “Arab nation” as a whole: “Iran is also our enemy, the enemy of the Arabs. Those killed in Syria have been killed by the Iranians, the Chinese, the Russians, and the Syrian army. The Iranians stand against the Arabs in order to establish a Persian Empire… The same applies to Hezbollah, which sends its men to fight in Syria, and come back in boxes” (al-Quds al-Arabi, October 18).  Al-Qaradawi repeated his description of Russians as “enemies to Muslims” in his May 31 Friday sermon delivered in Doha   (al-Arab [Doha], June 1).

These remarks brought condemnation from Iranian and Shiite sources, in which al-Qaradawi is routinely described as “the NATO Mufti.” Further criticism came from leading pro-Kremlin members of Russia’s Muslim community, including Mufti Mukhammedgali Khuzin, who said: “It is no secret that this man is a puppet in the hands of reactionary political circles displeased with Russia’s foreign policy” (Interfax, November 30, 2012). Chechen president Ramzan Kadyrov suggested that “Qadarawi, as a scholar, would be well-advised to take up educational activities and not dabble in politics, leaving it to professionals” (Interfax, November 12, 2012).

This article first appeared in the June 14, 2013 issue of the Jamestown Foundation’s Terrorism Monitor