Days after the September 24 ceasefire that ended Israel’s Operation Protective Edge in Gaza, thousands of members of Islamic Jihad who had fought alongside Hamas in the 50 day conflict gathered with their weapons in Gaza City to hear al-Quds Brigade (the armed wing of Islamic Jihad) spokesman Mahmoud al-Majzoub (a.k.a. Abu Hamza) declare: “We have not stopped making weapons, even during the battle, and we will redouble our efforts… to prepare for the next stage, which we hope will be the battle for freedom” (AFP, August 30). 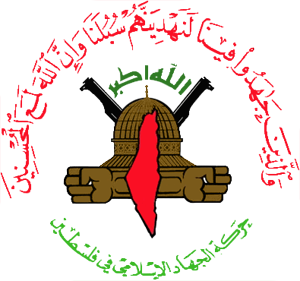 The Iranian-supported Sunni “resistance movement” (full name: Harakat al-Jihad al-Islami fi Filastin – The Islamic Jihad Movement in Palestine) was targeted by Israeli bombardment and heavily involved in the urban warfare that claimed the lives of 66 Israeli soldiers. Islamic Jihad reports the loss of 121 members during the fighting but asserts that it managed to fire 3,250 rockets, mortars and missiles into Israel during operations that were often closely coordinated with Hamas (i24news.tv, August 29). In addition, some 900 mortar shells were fired during operations against Israeli armor along the Gaza-Israel border (Press TV [Tehran], August 30). Certain IJ leaders were targeted during the conflict, including Shaban Sulayman al-Dahdouh, who was killed along with 13 others in a July 21 airstrike (Ma’an News Agency, August 5).

While Islamic Jihad was prepared to negotiate a ceasefire in the latest conflict in August, Israeli demands for disarmament were rejected from the first. According to a senior Islamic Jihad leader, Khader Habib, “The issue of arms is connected to the existence of the occupation… This right [to bear arms in self-defense] is guaranteed by the laws of heaven and earth” (Middle East Monitor, August 7).

Al-Quds Brigade spokesman Abu Hamza has emphasized that Islamic Jihad is determined to improve its military capabilities while thanking those nations and groups who supported the Palestinians during the Israeli offensive, singling out Hezbollah, Iran and Sudan in particular (Press TV [Tehran], August 30). Iranian Revolutionary Guard Corps (IRGC) commander General Mohammed Ali Jafari has assured both Hamas and Islamic Jihad of more help “than in the past in all defense and social domains” (AFP, August 30).
With inspiration from the 1979 Islamic Revolution in Iran, Palestinian exiles Abd al-Aziz Awda and Taghi Shaqaqi created Islamic Jihad in the same year, initially operating out of Egypt. Shaqaqi was assassinated in Malta by a Mossad team in 1995, while Awda assumed the spiritual leadership of the group. Today, Islamic Jihad operates in both Gaza and the West Bank under the leadership of Dr. Ramadan Abdullah Shallah, an original member and former professor in southern Florida who took control of the movement after Shaqaqi’s death.

Though he views its establishment as unlikely, Shallah has indicated he would favor the establishment of a one-state solution to the Israeli-Arab conflict in which Palestinian Muslims and Christians would have equal rights with Israeli Jews. [1] Short of a one-state solution, the IJ secretary-general insists on nothing less than the “total liberation of Palestine.” Shallah acknowledges ideological similarities with Hamas, but emphasizes Islamic Jihad’s separate approach:

We share the same Islamic identity. From a strategic point of view, there is no difference between us and Hamas, only a tactical difference… Don’t ask me what the political solution is to be. We aren’t the guilty party to be asked for a solution because we didn’t create the problem. Our sacred duty is to fight, to resist occupation of our sacred land change the conditions of our people. That is our duty, our sacred duty. Others, like Fatah, have maps and negotiations. We resist. [2]

Despite the close (and almost essential) military cooperation between Hamas’ Izz al-Din al-Qassam Brigades (the military wing of Hamas) and Islamic Jihad during the conflict with Israel, the two movements have become political rivals to some degree within Gaza. Recent polling has suggested Islamic Jihad has made recent gains in popularity at the expense of Hamas, though the movement still commands just over 13 percent support (Al-Monitor, August 10). Besides its military activities, Islamic Jihad offers social services to Gaza’s hard pressed population, including health services, schools and dispute mediation, the latter often in ways that are more efficient than similar services offered by Hamas.

The movement believes its focus on armed struggle is attracting new supporters, though Islamic Jihad has the luxury of not having to focus on the nearly insurmountable problems of governing a region under blockade that confront Hamas on a daily basis. Islamic Jihad has also distanced itself from Hamas’ association with Egypt’s Muslim Brotherhood, a liability in today’s political climate and counter to IJ’s interest in maintaining good relations with the new Egyptian leadership. There are reports of occasional small-scale clashes between Hamas and Islamic Jihad inside Gaza, but Islamic Jihad shows little inclination to pursue or escalate these conflicts, keeping in mind that Hamas has control over the supply of weapons smuggled into Gaza (al-Akhbar [Beirut], April 16).

This article first appeared in the September 4, 2014 issue of the Jamestown Foundation’s Terrorism Monitor.