Mauritanian Defense Minister Hamadi Ould Baba Ould Hamadi recently described the new offensive posture his country is taking in regard to the threat posed by al-Qaeda in the Islamic Maghreb (AQIM) in an interview with an Algerian daily (El Watan [Algiers], October 28, 2010). Noting the vast size of Mauritania and the difficulty of securing a territory that is two-thirds desert, Ould Hamadi said authorities now believe that “a defensive and static strategy is not efficient. This is why we have opted for an offensive defense against terrorism, which consists in not allowing the setting up of terrorist operational and logistic bases at our borders.” 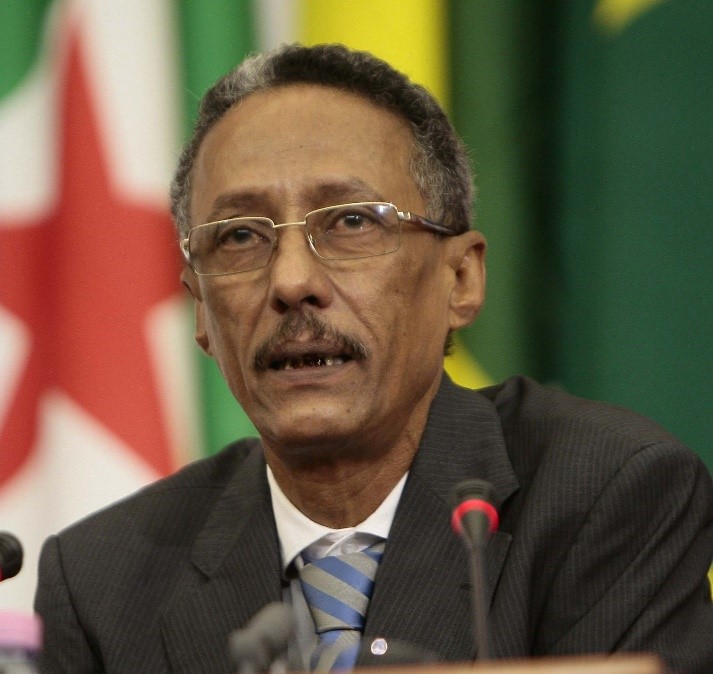 The Defense Minister said the September 17 joint military operation with France that attacked AQIM suspects in neighboring Mali was an example of Mauritania’s new approach:

According to our information, the terrorist groups were regrouping to attack us. We effectively benefited from French logistic support that has enabled us to conduct our offensive attack. We will repeat this sort of operation whenever we can, and we will not wait to be attacked and then retaliate. When we have information about the existence of operational bases, we will do our best to destroy them.

Though the September operation was carried out to muted opposition from Algeria, the most powerful country in the region and a firm opponent of military intervention by “former colonial powers,” Ould Hamadi indicated that Mauritania would address its security concerns in its own way despite the recent creation of a number of multilateral security mechanisms in the Sahel/Sahara region. According to Ould Hamadi, “Consultation does not mean that when you feel that an attack is coming you wait for consultation with other countries. Threat imposes a daily vigilance, and we are obliged to react when we are faced with a threat.”

The Algerian position on foreign intervention was echoed by Jemil Ould Mansour, leader of the Islamist opposition Tewassoul party, when he said, “We all agree to condemn terrorism and fight it vigorously, but we do not agree on coordination with foreign countries, especially when they have a colonial past in the region” (AFP, October 28, 2010). His remarks came during a five day national forum on terrorism held in Nouackchott (October 24-28, 2010). In his opening remarks to the forum, Mauritania’s president, Mohamed Ould Abdelaziz, expanded on his government’s new security policy:

We have transferred the battle circle to the strongholds of the aggressors, away from our borders in order to, on the one hand, prevent them from launching their shameful operations in our populated regions and, on the hand, with the aim of carrying out our global development programs in an atmosphere of security and peace (Maliweb, October 27, 2010).

The forum was boycotted by most of the opposition parties, who complained of being invited only at the last minute (PANA Online [Dakar], October 25, 2010).

September’s Franco-Mauritanian operation, which resulted in the death of two Malian women, proved an embarrassment for Mali’s president Amadou Toumani Touré. Malian troops had an almost negligible role in the operation, which was carried out close to the city of Timbuktu. Malian spokesmen at first denied any knowledge of the foreign military intervention, but by late October the president had acknowledged being informed of the operations, even claiming the mission “was largely supported, if not accompanied, by the Malian Army” (Radio France Internationale, October 25; Le Soir de Bamako, October 27, 2010).

Nevertheless, Mauritania is trying to distance itself from being seen as a security proxy for France and the West. Ould Hamadi confirmed that the government was seeking to upgrade Mauritania’s arms and military equipment, but tried to emphasize the limited French military role. He stated, “There is no French base in Mauritania, nor will there be, not for France, nor for other countries.” In an effort to not be seen as the West’s ally in the “War on Terrorism,” President Abdelaziz has explained several times that Mauritania is “not engaged in an open war against al-Qaeda or any other person,” suggesting instead that Mauritanian military operations are directed at “armed criminal bands” (al-Jazeera, October 9, 2010). According to an AQIM statement, however, the president is an “agent of France” and the Mauritanian army is “acting in the way of infidels and crusaders who kill innocent people in Afghanistan and Iraq” (Ennahar [Algiers], September 21, 2010).

This article first appeared in the November 4, 2010 issue of the Jamestown Foundation’s Terrorism Monitor.