Aberfoyle International Security is pleased to announce that the first issue of a new publication regarding African security issues will appear at the end of February 2015.

Tips and Trends: The AIS African Security Report is a monthly review of the tactics, arms and strategies used in African conflicts by insurgents, terrorist groups and national security forces. Providing both news and analysis, Tips and Trends will be of use to journalists, policy-makers, security professionals and others. 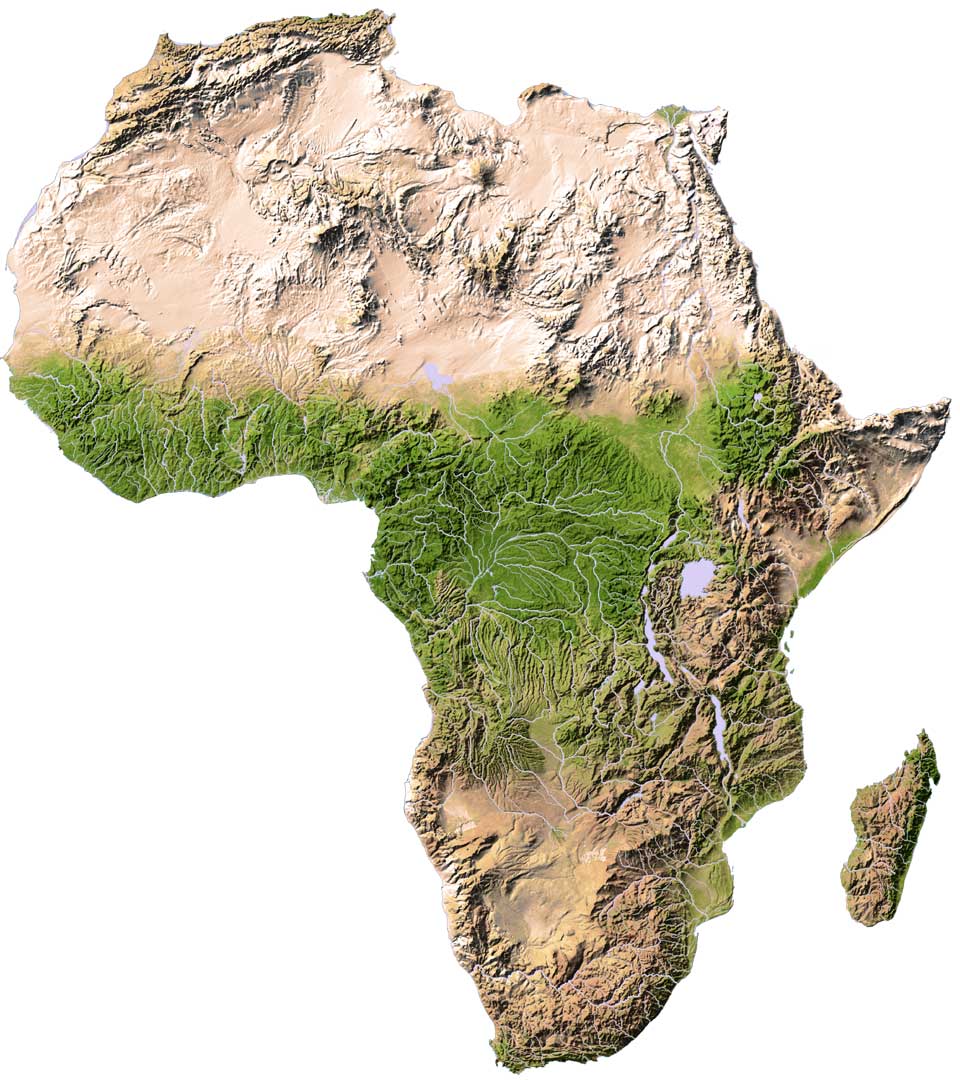 It is well recognized  that the bane of organized crime and terrorism have materialized as one of the foremost challenges which threaten peace, security, the development of democracy, human rights and the financially viable progress of countries across the globe. This dissertation examined the nexus/relationship that exists among transnational organized crime syndicates and terrorist groups, particularly in Africa.  This particular exploration was initiated from the hypothesis that there is substantiation sustaining the premise that terrorist groups and transnational organized crime syndicates function in a symbiotic correlation that is advantageous to both antagonists. Additionally, questions were posed as to which degree terrorist groups are predisposed by financial gains to continue or even expand their association with organized crime groups, what is the principal rationale for terrorist groups to become involved in crime, how does the connection with international crime groups influence the capability of terrorist groups to continue their operations, and what is the repercussions of said relationship for security, peace, democracy, human rights, economic development, good governance, building state capacity, maintaining the rule of law and inter-state relations? In conclusion, potential counter-measures and recommendations were briefly highlighted so as to indicate how the nexus amongst terrorist groups and organized crime syndicates can mostly effectively be limited or perhaps fully eradicated.

In order to clarify the term of terrorism, it should be taken into account that numerous definitions for terrorism exist.  Therefore, for the purpose of this paper, the definition as per the Africa Union Convention on the Prevention and Combating on Terrorism (1999) shall be applied.  The aforementioned Convention defines terrorism as:

Acts which violate the criminal laws of a State Party and which may endanger the life, physical integrity or freedom of, or cause serious injury or death to, any person, any number of group of persons or cause damage to public or private property, natural resources, environmental or cultural heritage and are calculated or intended to intimidate, put in fear, force, coerce or induce any government body, institution, the general public or any segment thereof, to do or abstain from doing any act, or to adapt or abandon a particular standpoint, or to act according to certain principles, or disrupt any public service, the delivery of essential service to the public or to create a public emergency; or create general insurrection in a State.

However, the link between terrorist groups and organized crime syndicates is not a new phenomenon. As early as the 1980’s, terrorist groups in Latin America turned to drug smuggling to subsidize their activities.  The Revolutionary Armed Forces of Columbia (FARC) grew substantially, in terms of its terror capacity and financial influence, when it began to traffic cocaine.  Since then, the FARC has diversified its primary cocaine trade from the United States to Europe by the way of West Africa.  In 1985, the Medellin drug cartel in Columbia joined forces with the 19th of April Movement (M19) terrorist group to help them in bomb-making techniques, which the Medellin group later used to murder judges, policemen, drug enforcement agents and border police members.1   However, most analysts agree that the 1990’s was the time-period in which the nexus between organized crime syndicates and terrorist groups was consolidated.2   Where, beforehand, terrorist groups were perceived as having political, ideological, religious and ethnic goals, today most terrorist groups are engaged in organized crime for financial gain, and some criminal syndicates are engaged in political violence through their inter-relationship with terrorist groups.

The symbiosis between organized crime syndicates and terrorist groups are making both groups more powerful and more capable.  Terrorist groups are benefitting from the revenue of criminal activities to perpetuate their terror activities and expand their theatre of operations, whilst organized crime syndicates are using the established smuggling routes of terrorist groups to expand their illicit markets, to increase their profit and to use the tactics of terrorist groups to gain political power.  Terrorist groups have  become more willing to partner up with organized crime, including the sharing of smuggling routes, profits, corruptive influence, operational and organizational modus operandi and sharing of expertise.  This symbiotic relationship is challenging the locale of global and national security by weakening democracy, abating state institutions, damaging the credibility of financial institutions, being harmful to the social fabric of society, and infiltrating the formal economy.

The closer collaboration amid terrorist groups and organized crime syndicates in the 21st century was for the most part brought on by four major developments:

Effect of Organised Crime on Africa

As in the rest of the international community, organized crime has had a detrimental effect on Africa in terms of economic development, building of state institutions, democratization and and security. Since the 20th century, organized crime has become a multi-billion dollar industry with an intrinsic disadvantageous consequence in all the countries in which it has established itself.

Moreover, in 2009, the World Bank’s World development Report estimated the value of revenue accruing to organized crime to be in the region of $1.3 trillion.6   The United Nations Office on Drugs and Crime’s (UNODC) global figures suggest that Africa was in some way linked to 7-10 per cent of illicit trade.7

Thus, while African trade accounts for only 3 per cent of global trade in goods and services and only 2.4 per cent of global GDP in the licit economy, if we look at the same scale of illicit flows it becomes clear that while Africa has benefitted disproportionately from legitimate growth, the same is also true of illicit economic activity8.  In the same vein, it can be assumed that the impact organized crime has had on stability and economic development in Africa has been profound.  Some examples clearly illustrate this point:

In fact, when other illicit flows of capital due to a variety of forms of smuggling, trade in contraband, violations of intellectual property rights, human trafficking, the sex trade, and other illegal activities is included, a report by Global Financial Integrity estimates that cross-border flow of money from Africa increases considerably from $854 billion to about $1.8 trillion over the last four decades,18 with earnings generated through drug trafficking, racketeering and counterfeiting adding about 30-35 per cent to the total, and the proceeds of bribery, theft and corruption by government officials a further 3 percent.19

Primarily due to decreased demand for cocaine in the United States and improved drug enforcement strategies in that country, drug smuggling cartels in Latin America switched their attention in the 1990’s to the burgeoning cocaine market in Europe.  Realizing that a direct smuggling route from Latin America to Europe was a high risk (due to enhanced drug enforcement capacities in the European Union and the United Kingdom), the drug smuggling syndicates saw Africa as a low risk/high yield smuggling route.  Consequently, the drug cartels developed business relationships with terrorist groups and local organized crime groups in Africa to smuggle cocaine through the continent onto the European markets.

The lack of equipment, shortage of trained drug enforcement officials, poor inter-agency cooperation, insufficient donor coordination, restricted budgets, poverty, large ungoverned land mass and inability to effectively patrol territorial waters made coastal states in West Africa particularly vulnerable to drug traffickers. In the Sahel and North Africa, the cooperation between the drug smuggling cartels and al-Qaeda in the Islamic Maghreb (AQIM) has benefitted both parties.  Through their collaboration with cocaine and heroin drug smuggling cartels, AQIM has significantly enriched itself, enabling the organization to continue its terror campaign.  It is partly due to the increase in revenue that AQIM has been able to acquire sophisticated weapons from arsenals in Libya, which has exponentially led to greater instability in the region.

It can clearly be established that the drug trafficking cartels of Latin America (particularly those situated in Columbia, Ecuador, Mexico, Peru and Venezuela), as well as the drug smuggling syndicates in Afghanistan, Pakistan and south-East Asia, are increasingly using Africa as a transit point for cocaine, heroin, ecstasy, and amphetamines to Europe and southern Africa. Most cocaine powder, cocaine hydrochloride, is manufactured in Bolivia, Columbia, Peru, Ecuador and Chile, and is then trans-shipped by maritime and air routes to West Africa, where cocaine powder is refined into cocaine hydrochloride, repackaged in Mauritania, Mali, Niger and then smuggled by terrorist groups and local crime groups through the Sahel to the large ports of the Netherlands, Belgium, Spain, Portugal, Germany, France, Italy and the UK.  Multi-ton shipments of illicit drugs travel by sea and air to Africa, mainly passing through countries along the Gulf of Guinea and the Sahel and Sahara regions. There are vast unpatrolled areas along the coast of West Africa and in the Sahel where the ships dock and the airplanes land to offload cargo.  Both organized crime syndicates and terrorist groups in Africa and Latin America share a part of the estimated billion dollar cocaine industry, while terrorist groups in Africa and the South –East Asian drug cartels share in the $30 billion global heroin market.20

In addition, hashish trafficking from Morocco is estimated at $12.5 billion.  Hashish was the major source of funding for three major terrorist attacks:  the aborted attack on a US Navy vessel in Gibraltar in 2002, the bombing of several sites in Casablanca in May 2003 and the March 2004attack in Madrid.21

In the map above, it can be seen that Africa (specifically West Africa, the Sahel, East and Southern Africa), is used as a major transit route for Cocaine originating in Latin America (green arrows) and Opiates from Afghanistan (red arrows).

Most of the illegal drugs from Latin America are transshipped by cargo/container ship and airplanes (Gulfstream jets and Boeing 727s) to West Africa (Guinea, Guinea-Bissau, Togo, Benin, Ghana, the Casamance region of Senegal, the Bisagos Archipelago (south-west of Guinea-Bissau with its 88 sparsely populated islands), South Africa and the Sahel, from where terrorist groups, particularly AQIM and MUJAO,  and local crime groups (when the drugs are shipped via South Africa) smuggle it across land and by commercial or private air to Europe. A portion of the cocaine smuggled along this route in Africa also gets smuggled to Europe via air routes by using the airports of Cameroon, Senegal, Benin and Ghana. In most cases, local crime syndicates use so-called “drug mules,” individuals who are paid a fee to transport the drugs in their luggage, on their person or by swallowing small bags of cocaine. With the organized crime syndicates being intimately involved in human trafficking, these individuals may also be used to smuggle illegal drugs within their bodies.

11.  Oceans beyond piracy, The economic costs of piracy 2011, One Earth Foundation, http://oceansbeyondpiracy.org/sites/default/files/economic_cost_of_piracy_2011.pdf.

Judith Van der Merwe  Is a Specialist (Alert and Prevention) at the Africa Centre for the Study and Research on Terrorism in Algiers, Algeria.  Her field of study encompasses the Horn of Africa (Somalia, South Sudan, Sudan, Djibouti, Eritrea), East Africa (Kenya, Ethiopia, Uganda, Tanzania, Burundi, Rwanda) and southern Africa (Mozambique, Zimbabwe, South Africa, Botswana, Namibia, Angola, Madagascar).  She is primarily involved in analyzing terrorist incidents/terrorist trends in the regions mentioned.  Additionally she is also involved in research on the impact of organized crime in the region.