Shortly before his death in March 2005, Chechen President Aslan Maskhadov made some interesting remarks about the spreading political violence in the Russian republics of the Northwest Caucasus. Maskhadov described the necessity of “broadening the front of military resistance” after the Russian invasion of Chechnya in 1999: “On my orders, additional sectors were established: Ingush, Kabardino-Balkar, Daghestan, etc. Emirs [commanders] of these fronts were appointed, and they are all subordinate to the military leadership of the Chechen resistance.”

There was something strange about these remarks. The republics in question were relatively quiet in the early years of the war, and Maskhadov frequently presented himself as an opponent of spreading the war from Chechnya to its neighbors. The “admission” may have been an attempt to apply pressure on the Kremlin to negotiate by presenting the Chechens as controlling the growing cycle of violence. Nevertheless, urban warfare between militants and security forces has become common in the Kabardino-Balkarian Republic (KBR).

Yet there may be nothing new about what is perceived as the widening of the Chechen war. Both the KBR and the neighboring Karachai–Cherkessian Republic (KCR) have supplied a steady source of fighters to the conflict in Chechnya. Many began their careers in the Islamic Peacekeeping Army that invaded Dagestan in 1999. While Chechens are routinely blamed for all bombings and other terrorist acts, it is the Turkic-speaking Karachays and Balkars that have actually been prosecuted for these incidents. An example is the 1999 apartment block bombings in Moscow and Volgodonsk, where blame was laid on Chechnya but all the individuals actually charged for these acts hail from Karachaevo-Cherkessia or Kabardino-Balkaria.

Jamaats (Islamic communities) began to emerge in the KCR and KBR in 1996 as a reaction to the opening of the former Soviet Republics to the outside world of Islam. With the established structures of “official Islam” held in distrust, a younger generation began to seek connections with “true Islam”, which to many meant adoption of Salafist beliefs current in the Arabian heartland of the faith but foreign to the North Caucasus. Some jamaats are entirely peaceful, while others have felt the lure of the message of jihad and adopted armed revolt. The Yarmuk Jamaat is of the latter type, having been formed in 2002 from Balkar followers of Chechen warlord Ruslan Gelayev in the Pankisi Gorge.

Other young Muslims have turned to the leadership of the self-described Emir of Muslims of Kabardino-Balkaria, Musa Mukhozhev. Mukhozhev’s Salafist Islam has experienced a sudden growth in popularity as many young people abandon the region’s traditional Sufi beliefs. Russia’s new Interior Minister, Rashid Nurgaliyev (himself a Tatar Muslim) has disparaged the republic as a breeding-ground for foreign-supported “Wahhabism”. The FSB (former KGB) directorate for the KBR alleges U.S., Turkish, and Middle Eastern involvement in intelligence and sabotage activities in the republic. [1] Despite these characterizations and allegations, Islam remains barely visible in the KBR after decades of Soviet secularism.

The KBR government has imposed restrictions on Islam that recall Soviet rule. All mosques save one in Nalchik have been closed, and the wearing of beards or praying outside the home marks an individual for arrest. Some young Muslims detained by police have had crosses shaved into their scalps. A list of 400 people deemed security threats has been compiled, though some suspect the list contains many non-militants whom the regime dislikes. Mukhozhev notes that “It is very hard for us to keep the youth from retaliating. The authorities’ policy cannot be described as sensible – rather, it is provocative.” [2] The FSB maintains that the KBR has become a base for terrorism and religious extremism. [3]

In August 2004, the Yarmuk Jamaat announced the beginning of military operations in the KBR. [4] The statement rejected terrorism, calling it the preferred method of Russian security services: “We are not fighting against women or children, like Russian invaders are doing in Ichkeria (Chechnya). We are not blowing up sleeping people, like (the) FSB of the Russian Federation does.” (The last sentence refers to alleged FSB responsibility for the 1999 apartment bombings). The author expresses anger at the Russian forces, but focuses on the divisive corruption of the “mafia clans” that lead the republic: “These mere apologies for rulers, who sold themselves to the invaders, have made drug addiction, prostitution, poverty, crime, depravity, drunkenness and unemployment prosper in our Republic.”

Following the assault on the Narcotics Police of Nalchik on December 13, 2004 that left four policemen dead and a large quantity of weapons in rebel hands the jamaat released another statement alleging the Narcotics Police were actually involved in the distribution of drugs in the republic. The effect of narcotics sales on young people and the crime-rate of the republic were discussed in detail, with death being described as the appropriate penalty for the narcotics agents/drug-dealers under the Shari’a. [5]

A January 21 statement is the most detailed exposition of Yarmuk’s aims. [6] It begins with a summary of historic injustices suffered by the Muslims of the Northwest Caucasus at Russian hands while maintaining that Shari’a law has been the legitimate legal code in the region since 1807. The authors avoid reference to radical Islamic thought, preferring to establish the orthodoxy of their movement by citing the Hanafite legal code (one of the four accepted schools of Sunni Islamic law) as justification for beginning a “defensive [and hence obligatory] jihad.” Emphasizing personal reasoning and exercise of judgment, the Hanafite code differs greatly from the rigid and inflexible terms of the Hanbalite legal school followed in Saudi Arabia. The Hanafite interpretation is traditional in the Caucasus, and is a touchstone in the author’s appeal to historic resentment of Russian rule.

The Yarmuk statements are an unusual blend of Islamic militancy and local concerns (extending even to the scandalous behavior of a local pop singer). They describe an indigenous movement that derives its purpose from regional and traditional interpretations of Islam rather than imported “Wahhabism”. Indeed, foreign solutions to the problems of the KBR are explicitly rejected – Western democracy is deemed to practice a double standard in its dealings with the Russian Federation, while there is “nothing but betrayal to be expected from the fattened womanlike ‘sheikhs’ of the East.”

The Yarmuk manifestos call for political change through moral revolution. Even the Russians are warned that their rule in the North Caucasus is crippling them, “morally and physically”. The KBR’s large Orthodox minority and tiny Jewish community are both offered the protection of dhimmi status under Shari’a law. [7] The statements were probably the work of Yarmuk leader Muslim Atayev and his associate Ilyas Bichukayev, both graduates of the University of Nalchik. The two were both killed in a day-long gun battle in Nalchik on January 27.

Ethnic Dimensions of the Conflict

The Balkar population of the KBR was subject to total deportation to Central Asia by the Soviets in 1944. Though they were gradually allowed to return to their homelands after Kruschev’s reforms, land concerns and subordinate status remain contentious issues between Karbards and Balkars. There were suggestions of an ethnic component to the December 2004 attack on the Narcotics Police in Nalchik since the attackers were Balkar and the four murdered officers were Kabards, but this was perhaps inevitable since Kabards dominate all the republic’s security services. The Yarmuk statements contain no hint of the Balkar nationalism that was so prominent a decade ago. In a recent poll of Karbardino-Balkarians, only 1% mentioned ethnic problems as the “hottest problem” in the republic, even though they were allowed to give two answers. [8] 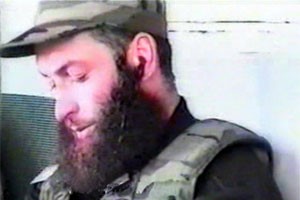 The Balkarian enclave around Mount Elbrus (Europe’s highest peak) is the home of many Yarmuk members, including the late Muslim Atayev. In mid-March 2005 the region was the special focus of a Russian counterterrorism sweep designed to preempt retaliation for Maskhadov’s death. The characterization of the Elbrus Balkars as Wahhabites has been used by the KBR regime to remove the tourist town of Prielbrusye (and its revenues) from local administration, placing it under the direct control of the capital Nalchik, 120 kilometers away.

A Balkar insurgency would present different challenges than those faced by the resistance in Chechnya. The Balkar homelands within the republic are small and geographically divided. Balkars represent only 10% of the KBR’s population and remain surrounded by Russian and Kabard communities. It is, in fact, the ultimate triumph of Soviet gerrymandering; a gift from Stalin to Putin. It is partly for this reason that efforts are being made by the mainly Balkar Yarmuk Jamaat to reach out to the Kabard (Circassian) community in the name of Islam and a brotherhood of Caucasian “Mountaineers”. The anti-religious measures of the government have affected Kabardian Muslims as well as Balkars. According to a statement from the Jamaat the new leader of the Yarmuk War Council is a Kabard. [9]

Maskhadov’s remarks seemed to contain the seed of a new strategy by the Chechen resistance: offering Chechen experience and leadership to militants in neighboring republics in order to expand the war and divert Russian military resources from Chechnya. Anti-Islamic measures, mass unemployment and police brutality ensure a constant flow of recruits to the jamaats. Though never part of the idealistic Pan-Caucasian camp of the late Zelimkhan Yandarbiyev and others, Maskhadov saw clearly how Russian repressive measures might give the disparate peoples of the mountain republics a common cause. Though Maskhadov may have ordered the creation of these new fronts, it is the remarkably well-traveled Basayev who has demonstrated operational control. Basayev spent six weeks in KBR in 2003, narrowly escaping capture in a firefight at Baksan.

Both Russians and Islamists accuse the other of provoking war in the KBR. Russia has steadily increased the number of soldiers, police and secret services in the republics over the last year and incidents of torture, arbitrary arrest, and disappearances are now commonplace. The Yarmuk statements suggest that Islam will serve as a rallying point for young people tired of repressive rule, corruption and lack of economic opportunity. The war in Chechnya continues to serve as the catalyst for the violence, and the Kremlin’s pursuit of a military solution there ensures an escalating cycle of insurgency and repression in Kabardino-Balkaria.

This article first appeared in the April 6, 2005 issue of the Jamestown Foundation’s Terrorism Monitor