Three suicide bombers struck on April 26 in the northern Iraqi city of Mosul, where U.S. and Iraqi government forces are struggling against well-established al-Qaeda militants. The first attack involved a suicide car bomber who targeted a police patrol, killing six people; in the second attack a suicide bomber blew up a car packed with explosives at an army checkpoint, killing three civilians; in the third attack the bomber ignited an explosives-filled fuel tanker, wounding 15 (al-Jazeera, April 26). 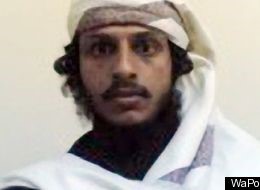 According to a message sent to his family from Iraq on May 1, one of the bombers was Kuwaiti citizen Abdallah Salih al-Ajmi, who spent nearly four years in U.S. detention at Guantanamo Bay before being released. One of the other suicide bombers was reported to be fellow Kuwaiti Nasir al-Dawsari, who is believed to have traveled through Syria to Iraq with al-Ajmi after leaving Kuwait with false passports on April 6.

Al-Ajmi was repatriated to Kuwait along with four other Guantanamo prisoners in November 2005, where he was immediately granted bail before a trial in his homeland. After his release from Guantanamo, al-Ajmi alleged that the Kuwaiti prisoners were tortured in the camp and were subjected to insults to their religion (Arab Times [Kuwait], May 3). All five former Guantanamo prisoners were acquitted in July 2006 after the defense argued that the American charges did not exist in Kuwaiti law and the confessions obtained in Guantanamo were inadmissible as they were never signed (Kuwait Times, July 23, 2006).

Al-Ajmi was accused by U.S. authorities of going AWOL from the Kuwaiti army to travel to Afghanistan to join the Taliban’s jihad. He was further accused of fighting Northern Alliance and Coalition forces in 2001 before escaping through Tora Bora into Pakistan, where he was arrested. Al-Ajmi served his entire detention at Guantanamo in the unit’s disciplinary blocks, where he was described as “aggressive and non-compliant.” A member of the Tabligh missionary movement, al-Ajmi recanted an early confession he claimed was obtained under duress, saying that he had traveled to Pakistan for Quranic studies and had never set foot in Afghanistan.

According to his cousin, al-Ajmi’s financial situation was good—due to assistance to the returnees from the Kuwaiti government—and he had married, leaving behind a son and a pregnant wife to go to Iraq (al-Arabiya, May 1).

Kuwait is considering sending a team of investigators to Iraq to confirm the identities of the suicide bombers. Both men were supposed to be under surveillance by Ministry of the Interior forces, yet their absence was not noted until the bombings. In response to a report that the father of one of the suicide bombers would sue the Kuwaiti government for negligence, Interior Minister Shaykh Jabar al-Khalid al-Sabah suggested that the father blame himself for failing to raise his son correctly (Arab Times [Kuwait], May 3).

This article first appeared in the May 6, 2008 issue of the Jamestown Foundation’s Terrorism Focus