Abu Abdallah Ahmad, head of the Political Committee of Al-Qaeda in the Islamic Maghreb (AQIM), has discussed the progress and setbacks of AQIM’s jihad in North Africa as well as the confrontation between the United States and the Barbary Corsairs in a 38-minute audio interview (Al-Fajr Media Center, May 4). 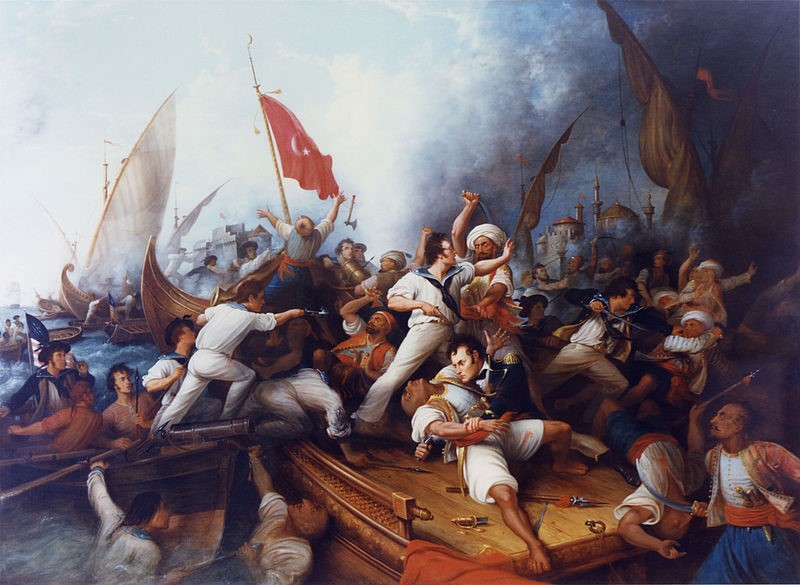 In reviewing the two years since the Algerian GSPC transformed into the pan-Maghrebi AQIM, Abu Abdallah lists the group’s most significant achievement as taking the battle out of a domestic context and placing it in a regional and international framework, the only suitable approach for confronting the “alliance of the War on Islam.” The idea of separating an internal enemy from an external enemy is “unfounded in Islam.”

Abu Abdallah also claims recruits from neighboring countries are now coming to Algeria, “the land of steadfastness and jihad.” Even AQIM’s Shura Council has been recomposed to accommodate the presence of “our immigrant brothers from the Islamic Maghreb.”

According to Abu Abdallah, the Algerian government forces news agencies to continue referring to AQIM as the “GSPC” (Groupe Salafiste pour la Prédication et le Combat) in order to downplay the significance of the restructuring. The AQIM leader maintains that the group is in line with al-Qaeda’s policies and refers to allegations that AQIM does not enjoy Osama Bin Laden’s complete support as “mere falsehood and fabrication.”

In response to claims AQIM has no political, social or economic plan, Abu Abdallah replies that the suggestion Islam is insufficient as a means of governing a modern, scientific state dates back to the 1924 elimination of the Caliphate by Mustafa Kemal Ataturk and can be dealt with in three ways:

1) All the Western and Eastern theories (i.e. capitalism and communism) have already been tried in Algeria and proved to be a complete failure.

2) If their opponents believe that AQIM cannot develop an Islamic state and society, why do they not step aside and allow the Islamists to take power and thus display their alleged incompetence. If the people then break away from the Islamist project, “we come to an end with fewer losses and shorter time.”

3) The examples of the Afghan Taliban, the Islamic Courts of Somalia and the Islamic State of Iraq demonstrate the mujahideen’s ability to implement Shari’a with limited resources.

When asked about the impact of former GSPC leader Hassan Hattab’s public recantation of jihadi ideology, Abu Abdullah says this was something the group expected. “Simply, Hattab does not have any influence or respect in the mujahideen circles. On the contrary, the mujahideen has considered him for years a traitor who sold his eternity for his life. Many of the mujahideen have not heard or followed his so-called revisions; thus, these revisions made no difference to them.” Abu Abdallah denies that the commander of AQIM’s Al-Ansar Brigade, Abu Tamim (a.k.a. Ali Ben Touati), surrendered voluntarily to authorities as a result of Hattab’s appeal, claiming he was instead arrested while driving.

Abu Abdallah describes the situation in Sudan as part of a plan of the Crusader alliance to divide Muslim countries by using religious, ethnic and cultural minorities. He points to the examples of East Timor, Iraqi Kurdistan and South Sudan as proof of this plan, adding that the Crusaders are now attempting to take possession of Darfur to “steal its resources.” The AQIM leader suggests that the Sudanese begin preparations to fight the Crusaders and not rely on their “apostate government,” which is “no better than the regime and army of Saddam [Hussein].” Abu Abdallah’s comments here are revealing – in extreme takfiri fashion, he casts even the Islamist-military Sudanese government, which has imposed Shari’a at great political cost, into the role of “apostates to Islam.”

Abu Abdullah also refers to George Washington’s efforts to reach agreement with the Corsairs of the Barbary Coast (modern Maghreb) to prevent piracy against American ships in the Mediterranean and liberate nearly 120 American captives. At the time most European nations paid tribute to the pirates to allow commercial shipping to go on unhindered. The AQIM leader uses this historical reference to challenge the Muslims of the Maghreb to turn away from submission to the United States and the West:

Did not I tell you that George Washington requested your friendliness, sent gifts and asked for your permission for the movement of his commercial vessels in the Mediterranean Sea at the time that Europe was paying taxes to you under your military power in a humiliating way? O my nation, nowadays I see that you have become an easy prey to each treacherous infidel. In addition, your sea has become a harbor for their navies, your land has become bases for their armies, your capitals have become a fertile ground for their spies and a field for their experiments and your honor has become a cheap property for their homosexuals.

Elsewhere in North Africa, Abu Abdullah reminds the Muslims of the Maghreb of their failure to “liberate” Ceuta and Melilla, the Spanish-controlled Moroccan ports that are the last vestige of Spain’s African Empire. Abu Abdallah also applauds the expulsion of the Israeli Embassy from Nouackchott in Mauritania, but warns of “the powers of the Jewish community in Morocco” and their influence over the King and the royal family.

This article first appeared in the June 18, 2009 issue of the Jamestown Foundation’s Terrorism Monitor