A banker with a spotty record, a handful of nervous generals in exile and a couple of war criminals – meet the leaders of the Iraqi opposition, one of whom will soon take the prize as the American-sponsored alternative to Saddam Hussein. U.S. strategy in Iraq favours the replacement of Saddam Hussein by another Sunni Muslim strongman through a coup d’état, but the efficiency of Iraq’s security services continually puts Saddam several steps ahead of the CIA. Unable to mount a coup, the United States has squandered millions on ineffectual and corrupt Iraqi exile “leaders” who are no closer to a popular insurgency now than they were 10 years ago.

The leading contender is a wealthy Iraqi Shiite mathematician, Ahmad Chalabi, who is said to have escaped Jordan in the trunk of a car after his mathematical skills failed to prevent his Petra Bank being closed down for “irregularities.” Mr. Chalabi convinced several U.S. congressmen to propose him as leader of an Iraqi opposition coalition in 1991. He wanted to unite the disparate opposition groups under one umbrella – the Iraqi National Congress (INC) – with himself as leader and paymaster, of course. Through the early 1990s, the opposition parties met at CIA-funded affairs that the participants believed were paid for through Mr. Chalabi’s allegedly embezzled millions.

The problem with Mr. Chalabi is that he is virtually unknown inside Iraq and his credibility is hopelessly compromised by years of association with the CIA. Even within the Iraqi National Congress, Mr. Chalabi is widely disliked. The joke in Washington is that Mr. Chalabi has more influence on the banks of the Potomac than on the banks of the Tigris. The September 11 attacks postponed yet another Washington investigation into Mr. Chalabi’s questionable accounting practices as Iraqi National Congress leader.

Under the 1998 Iraqi Liberation Act, the U.S. government is allowed to fund seven different opposition groups ranging from Iranian-backed Shiite Islamists to constitutional monarchists. Each has its own agenda, and there is little chance of long-term co-operation under the Iraqi National Congress umbrella.

The idea of using the Iraqi National Congress as a type of Northern Alliance ground army [as in Afghanistan] supported by American air power comes on the heels of years of neglect of the military capabilities of the INC. Small in numbers, inexperienced in combat, poorly armed and in all likelihood riddled by Iraqi intelligence agents, it would take an amazing transformation to turn the INC into a reliable fighting force.

There is no question that many Iraqi officers are ready to turn against Saddam, but they will not do so based on an air campaign. Saddam’s regime has survived 10 years of sporadic bombing, only to emerge with Saddam more powerful than ever. A previous INC attempt to seize power in 1995 ended in disaster when the U.S. withdrew its support in favour of an internal military coup.

Two Kurdish factions provide most of the INC troops. Now co-operating with each other after years of civil war, they have no incentive to renew the fight against Baghdad. The Kurdish north is enjoying unprecedented autonomy, a revived economy thanks to the United Nations oil-for-food program, and protection from the U.S. Air Force. The Kurdish minority knows it will never be able to seize power in Baghdad as the Tajiks have done in Kabul. Many Kurds have felt betrayed by the CIA in the past and are wary of new involvement, knowing that Turkey, a vital U.S. NATO ally, would oppose full independence.

Lately, some elements within the U.S. administration transferred their support from the INC to another contender, Ayad Alawi and his Iraqi International Accord (mostly defectors from the Iraqi military), though Mr. Alawi is also unknown to a generation of Iraqis. Others favour Nizar Khazraji, one of Saddam’s generals until his defection several years ago. The ex-general is now under house arrest in Denmark, accused of being responsible for war crimes and participating in the 1988 gas attack on the Kurdish town of Halabja. Many of Mr. Khazraji’s fellow exiles suspect the general is a double agent for Iraqi intelligence.

Though broad generalizations about Iraqi democracy are made for public consumption, the concept is given short shrift in closed-door discussions in Washington. The United States still fears that a politically liberated Shiite majority in Iraq might choose to join their religious brethren in Iran, creating a type of Shia super-state inimical to American interests. The deep enmities between Iraq’s Arab Shiites and the Iranians that developed during the Iran-Iraq war of the 1980s are overlooked in this vision of the future, but, like the Mafia says, why take a chance?

Put simply, in the event of a U.S. attack on Iraq, the work of seizing the oil fields and sites of possible deployment of weapons of mass destruction would be far too important to be left to the Iraqi National Congress. These tasks will need to be done quickly without any room for error.

There is a growing feeling in Washington that the use of proxy forces to fight its battles in the region was a mistake. Since the end of the Gulf War, the U.S. has spent hundreds of millions of dollars on covert attempts to depose Saddam Hussein, with nothing to show for it but some INC assurances that victory is only a few more million away.

When Saddam enjoyed American support in the 1980s, it was because of his success in holding Iraq together and containing revolutionary Iran by concentrating power within the ruling Sunni minority. His successor will be expected to carry out the same missions. It is only Saddam who has worn out his welcome, not Iraq’s secular dictatorship. Faced with crippling fragmentation or a brutally enforced unity, it is little wonder that Iraqis fear the future more than Saddam.

What happened to the main candidates to lead post-Saddam Iraq? 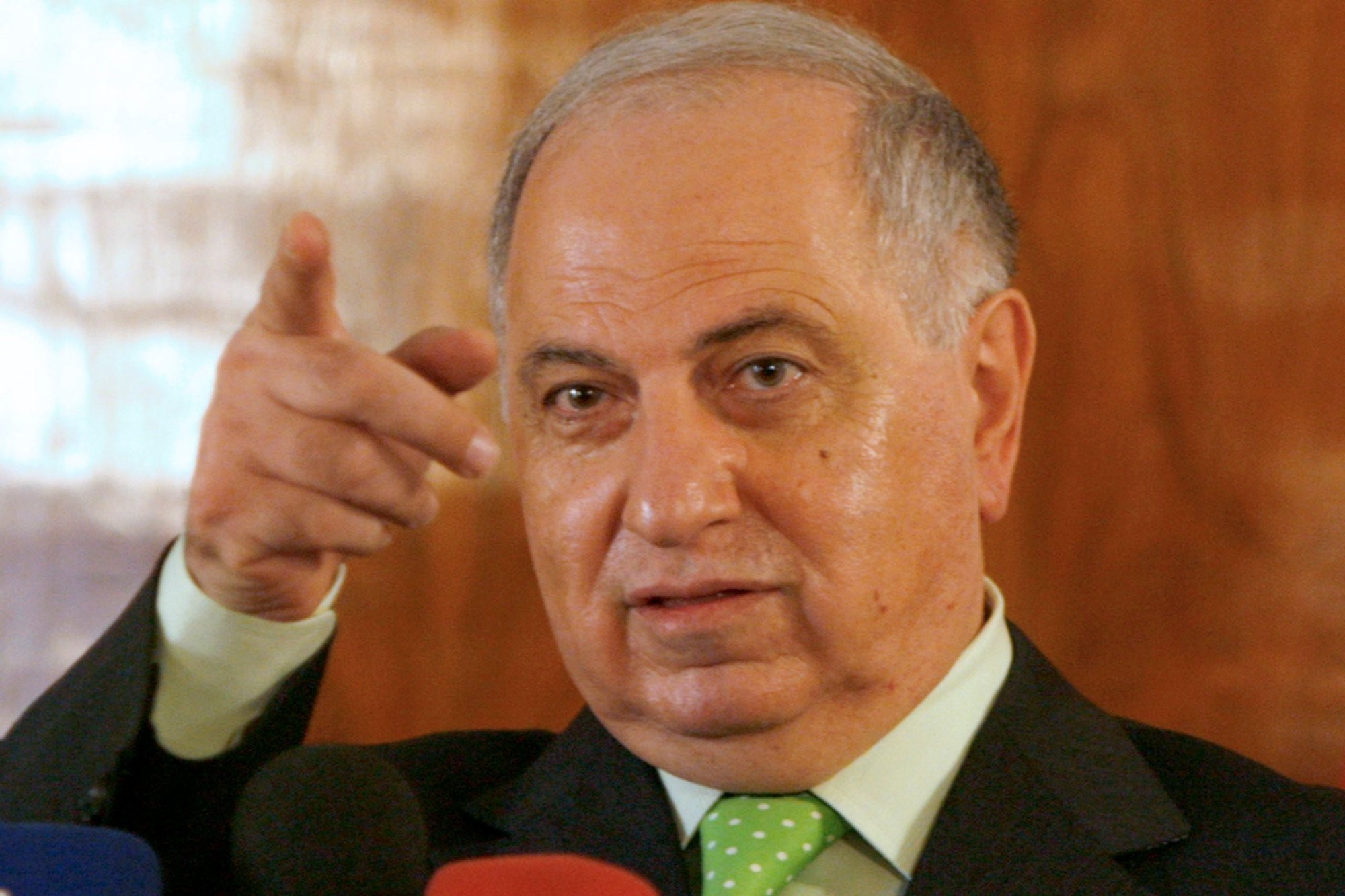 After channeling massive amounts of false “intelligence” regarding Iraqi WMDs to the Bush administration and the New York Times, Chalabi fell out with the Americans after he was accused of fraud and theft.  In June 2004 he was accused of supplying U.S. state secrets to Iran. Counterfeiting charges and an alleged assassination attempt followed. Following ten years in Iraqi politics, Chalabi died in 2015. 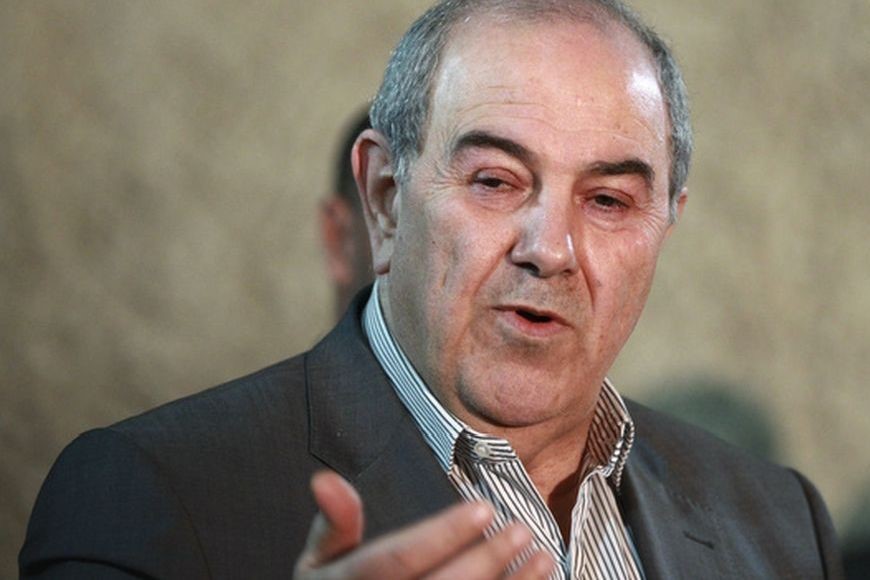 Shiite politician Ayad Alawi supplied questionable “evidence” of Iraqi WMDs to the UK that played a major role in obtaining public support for the in the 2003 invasion of Iraq. Allawi was made interim Prime Minister of Iraq in 2004-05 and served as Vice-President of Iraq in 2014-2015. 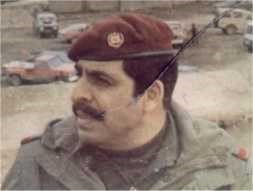 The former general wanted for war crimes created a political scandal by escaping house arrest in Denmark in 2003. He is believed to have fled to the United Arab Emirates. Nothing was heard from him until 2014, when a memoir of his military service during the Iran-Iraq War was published in Qatar.