34-year-old Khalid Khaliq, a resident of Beeston, Leeds (UK), confessed in court to owning a copy of I’alan al-Jihad ‘ala al-Tawaghit al-Bilad (Declaration of Jihad against the Country’s Tyrants), a 180-page training manual copied to CD format. The document was seized in a 2005 raid on the suspect’s home. Khaliq was charged under the Terrorism Act of 2000 with possessing “a document or record containing information of a kind likely to be useful to a person committing or preparing an act of terrorism” (Daily Telegraph, March 16). Khaliq indicated the document had been downloaded from an internet website, but claimed it had been brought into his house by an unnamed friend and that he had not looked at it (Daily Mail, March 11; Independent, March 11). After conviction, Khaliq, an associate of London’s “7/7” bombers, was sentenced to 16 months in prison.

The handwritten Arabic language manual was first seized in an MI5 raid on an abandoned flat in Manchester in 2000. MI5 translated the document and supplied a copy to U.S. officials for use in a terrorism-related trial in 2001. After being used in evidence the manual was declassified and released to the public by the New York Southern District Court under the U.S. Freedom of Information Act (Daily Mail, March 15).

The document contains information on weapons, assassination methods, torture techniques, the use of safe houses, security measures, behavior in prison, communications, transportation, poisons, counter-interrogation techniques, use of counterfeit currency and forged documents, and overt and covert methods of information-gathering. Only the chapter on bomb-making was withheld from publication on the Department of Justice website. Some of the manual’s information appears to have been clipped from American militia movement publications.

According to the manual’s preamble: “The confrontation that we are calling for with the apostate regimes does not know Socratic debates, Platonic ideals, nor Aristotelian diplomacy. But it knows the dialogue of bullets, the ideals of assassination, bombing, and destruction, and the diplomacy of the cannon and machine-gun.” (http://www.usdoj.gov/ag/manualpart1_1.pdf ).

Judge James Stewart of the Leeds court declared the U.S. Justice Department’s decision to publish the document on the internet “extraordinary” and “not something that would be done in this country” (Daily Mail, March 11).

A new fatwa (religious ruling) issued in the Pashtun Darra Adam Khel region of Pakistan’s North-West Frontier Province declares the Taliban to be “out of Islam” as a result of their violence, failure to follow Islamic teachings and takfiri ideology (the latter referring to the Salafist-jihadi practice of declaring fellow Muslims “infidels” if they oppose jihadist dogma). According to the fatwa’s author, Mufti Zainul Abidin, “The Taliban leaders consider themselves and their directives as superior to true Islamic principles and directives as ordained by Almighty Allah” (The Nation [Islamabad], March 23). The Mufti invites other members of the ulama (scholars of Shari’a law) to denounce the “inhuman and immoral” acts of the Taliban. 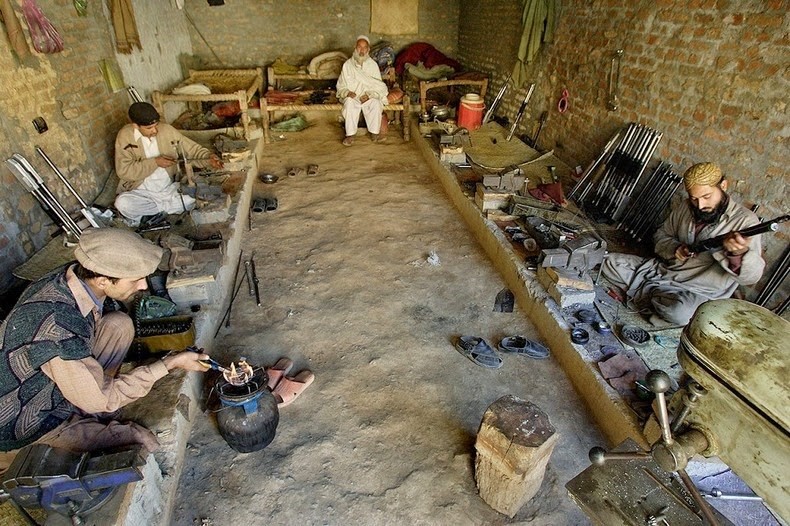 The fatwa singled out the pronouncements of Mufti Khalid Shah, a Taliban religious leader of dubious credentials who has attacked established Islamic scholars in a series of Taliban-issued CDs. Khalid Shah issued a statement in December 2006 urging attacks on local NGOs “promoting the agenda of the Jews and Christians” (Dawn [Karachi], December 23, 2006). This was followed by an Urdu language fatwa pasted at night on the walls of Darra Adam Khel declaring a jihad against the Pakistan government (Daily Times [Lahore], May 3, 2007). Darra Adam Khel is notorious for its thriving arms bazaar and was the scene of heavy fighting between Taliban militants and the Pakistan military earlier this year.

Islamic scholars in the region have been reluctant to oppose the Taliban publicly since the still unsolved assassination of Maulana Hassan Jan in 2007 after he declared the practice of suicide-bombing “un-Islamic” (The News [Karachi], September 16, 2007; PakTribune, September 15, 2007).

In a 47-minute video statement, the commander of al-Qaeda’s forces in Afghanistan issued an appeal for professionals such as physicians and engineers to join the jihad against Coalition forces in that country (Al-Sahab Media Production Organization, March 6). Mustafa Ahmad Abu al-Yazid, an Egyptian jihadist leader and close associate of Ayman al-Zawahiri, called for much-needed professionals to join the mujahideen. Abu al-Yazid, already under an Egyptian in absentia death sentence for terrorist activities in that country, spent two years in Iraq before being appointed as the leader of al-Qaeda forces in Afghanistan last year (Al-Jazeera, May 24, 2007). 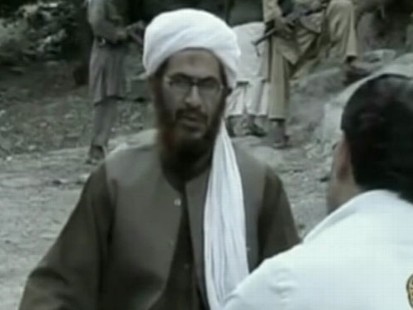 The appeal comes on the heels of a similar call for professionals to join the ranks of the mujahideen in Iraq, suggesting al-Qaeda operations are suffering from an inability to recruit professionals to their cause. Abu al-Yazid is himself a skilled financial operator, believed to have arranged financing for multiple terrorist attacks.

Abu al-Yazid repeatedly condemns the introduction of nationalism and “patriotic bias” to the Muslim world, suggesting that such notions are the result of Western design and influence. The al-Qaeda commander also attacks the generation of Arab nationalist leaders that took power in the post-war Middle East: “These rulers were greater transgressors against Islam and the Muslims than their masters, the Christians and the Jews. Their names were Muslim, but their hearts were Christian.” There are extensive quotes from Ibn al-Tamiyya, the 13th century Islamic scholar and advocate of jihad—controversial and oft-imprisoned in his own time—a popular source of legitimization for today’s jihadis.

Four situations are identified in which jihad becomes obligatory for Muslims, including defense of a Muslim nation, being close to the scene of conflict, the liberation of Muslim prisoners and the case of an imam issuing a call for jihad. In what may be a reference to a similar shortage of religious scholars willing to advocate al-Qaeda’s cause, al-Yazid takes the unusual step of advising would-be jihadists: “Do not let yourselves be deceived by the fraudulent claim that no jihad is permitted without the sanction of an imam.”

The appeal addresses the difficulty experienced professionals would endure in abandoning their families and homes to take up jihad: “We direct a special call to specialized people like doctors and electronic engineers, due to their urgent need by the mujahideen… We call on the fathers and mothers not to become a barrier between their children and paradise and to present their children for the sake of God… we say to the Muslim wives do not be a barrier between your husbands and paradise; the righteous woman who loves her husband is the one that desires for him to get into paradise and to be saved from Hell, but she is the one who says to him when she knows that Islam is calling him: ‘Take my gold and money and conduct jihad for the sake of God and we will meet in paradise, God willing.’”

This article first appeared in the March 18, 2008 issue of the Jamestown Foundation’s Terrorism Focus