Abu Hamza (Imad al-Husseini), a 44-year-old Syrian native and veteran of Bosnia’s foreign mujahideen, recently gave an interview to the Croatian daily Vercernji List (Zagreb, June 1). The ex-fighter is one of roughly 400 foreign mujahideen who face deportation after being stripped of the citizenship they were granted at the end of the Bosnian civil war (see Terrorism Monitor, November 8, 2007). Abu Hamza suggests the deportation order is the result of political pressure from the United States as well as a number of influential Bosniaks (Bosnian Muslims), Serbs and Croatians. In the interview Abu Hamza states: “Please believe me that this circus would never have happened had we accepted the U.S. request to be resettled to Kosovo. The Americans did not negotiate directly with us at the time; they did this through the then Turkish cultural attaché, Muvekir. In 1995, at a meeting in a café in Zenica, Muvekir suggested that the entire al-Mujahid brigade be relocated to Kosovo because a war was going to break out between the Serbs and the Albanians. We did not want to accept this and become cannon fodder.” Abu Hamza made similar claims in May 2006 (Bosnian OBN TV, May 4, 2006). 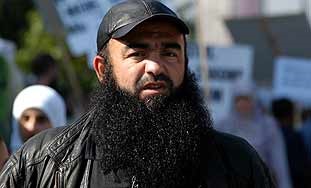 The mujahideen, who hailed from Turkey, Egypt, Syria, Tunisia and a number of other Muslim nations, were well known during the conflict for their brutal treatment of Serbian soldiers they believed responsible for raping and murdering Bosniak civilians. As photos circulated of mujahideen holding the severed heads of Serbian troops, the mujahideen were accused of war crimes, an allegation Abu Hamza rejects: “In our squad we had several groups that fought the war only with cold weapons [i.e., steel blades, knives, etc.]; according to their understanding of war, this is the way to instill fear in the enemy. It is absurd to call these warriors criminals, because they only had swords and knives when charging bunkers where soldiers had state-of-the-art weapons.” Abu Hamza claims that the mujahideen fought in the same manner as the Serbs: “The only difference was that we would immediately liquidate the enemy; we never had prisoners of war.” The veteran goes on to say that war crimes were committed by Arab and foreign Muslim fighters in Bosnia, but none of these individuals belonged to the Mujahid Brigade, which was a legally recognized formation within the Bosnian Army’s 3rd Corps: “They were loose cannons who did what they pleased.”

Abu Hamza denies that the mujahideen veterans act as al-Qaeda sleeper cells in Bosnia: “Today they also accuse me without evidence that I am a terrorist and a ‘sleeper,’ although we all know that I would be in Guantanamo if they had but a shred of evidence.” The veteran laments the loss of the former president of Bosnia and Herzogovina, Alija Izetbegovic, claiming that Bosniak attitudes to the mujahideen veterans have changed since his death in 2003: “It is true that they sold us, betrayed us, and used us when they needed us, and that many of our fellow fighters—who today are involved in politics, in espionage, and with the police—turn their heads when they see us.” Rallies of up to 5,000 people opposing Abu Hamza’s deportation have been organized by Ansarije, the Bosnian mujahideen veteran’s association.