A battle is underway for control of the leadership of Algeria’s last major armed Islamist group. A country exhausted by violence has used a combination of amnesties and military action to reduce the once powerful Salafist Group for Call and Combat (GSPC) to a few hundred fighters. Under the leadership of Abu Mus’ab Abd al-Wadoud (also known as Abd al-Malik Droudkel), the commander since 2004, the GSPC has been reorganized into Al-Qaeda in the Islamic Maghreb (AQIM). Droukdel’s decision to align the group with Osama bin Laden and adopt al-Qaeda-style tactics has led to a further loss of personnel. There are now reports that the GSPC leader has been deposed by a three-day meeting of group leaders in the Lakhdaria region east of Algiers. GSPC amirs loyal to Droukdel have already been replaced, but the congress was unable to decide on a new leader (Liberté, September 18).

Several factors were involved in Droukdel’s dismissal, including the controversial transformation of the GSPC into a regional branch of al-Qaeda without consultation with the rest of the movement (as required), the inequitable distribution of funds from extortion and kidnapping rackets, the adoption of suicide bombings and the recruitment of teenagers to carry out such attacks.

Surprisingly, former GSPC leader Hassan Hattab is reported to have taken part in the congress that ousted Droukdel. Hattab has been part of the Islamist insurgency since it began in 1992. A former paratrooper, Hattab joined the Armed Islamic Group (GIA) at its inception, becoming the group’s amir in the Kabylie mountains two years later. Hattab formed the GSPC in 1998 in reaction to the brutal violence and civilian massacres that characterized GIA operations. Hattab conceived the movement as a guerrilla force that, unlike the GIA, would avoid inflicting civilian casualties in favor of targeting government and military personnel. Hattab was forced out of the GSPC leadership in 2001 and has been inactive since 2004, other than a recent public debate (via the internet and press interviews) with Droukdel over insurgent methods. Despite numerous reports of his death and a death sentence delivered in absentia earlier this year, the ex-GSPC leader remains a fugitive in the Algerian mountains. Hattab insists he is still the legitimate leader of the GSPC/AQIM and denies reports from his rivals that he resigned from the organization.

In March 2006, Hattab urged AQIM members to take advantage of the government amnesty offer, but did not do so himself. A month later, Hattab denounced the AQIM suicide attacks in Algiers in an open letter to President ‘Abd al-Aziz Bouteflika, repeating his call for AQIM to abandon the armed struggle. Hattab also suggested the Islamist movement had begun to “drift” from its original goals (Magharebia, April 17, May 10).

Further criticism of AQIM’s jihad came last week from Dr. Yusuf al-Qaradawi, an Egyptian Muslim Brother who has made himself an influential figure in political Islam through his embrace of modern communications technology, including internet and television broadcasts from his base in Qatar. Known for views that frequently conflict with those of Salafis, al-Qaradawi rebuked AQIM for its extremism while receiving medical treatment in an Algerian military hospital: “You should follow in the footsteps of the Islamic group in Egypt which has announced that they are shunning violence…Regret your actions and join the Islamic mainstream” (The Peninsula [Doha], September 20).

On the same day, a call for greater violence in Algeria came from al-Qaeda’s number two, Ayman al-Zawahiri. In a statement, al-Zawahiri urged the people of Algeria and other North African states to carry out an ethnic cleansing of French and Spanish residents as part of the effort to restore “al-Andalus” (Muslim rule in the Iberian peninsula) (Reuters, September 20).

AQIM faces financial problems, has lost many of its leaders and is opposed by most of the population, including many Algerian Islamists. Operations are now largely restricted to six eastern provinces and two provinces in the south after the GSPC sustained heavy losses in government offensives. Most of the remaining units are infiltrated by Algerian intelligence operatives who seek to inflame divisions within the movement. Hattab has also complained of GIA extremists infiltrating the GSPC, creating deviation from its goals and methods. Since 1999, 8,000 militants have taken advantage of the amnesty, with only 300 still in the field (al-Sharq al-Awsat, September 16). Many of those who have accepted the presidential pardon are dissatisfied with the government’s unfulfilled promises of work and housing, but a mass return to arms still seems unlikely.

Droukdel, however, has rejected appeals from former comrades and religious leaders to abandon his struggle: “We will not surrender to apostates and bad scholars” (Ech-Chorouk, August 29). The change of leadership could signal an end to the close ties with al-Qaeda and a refocus on the national insurgency. In terms of tactical doctrine, Hattab and Droukdel have been at odds for years, each claiming support from the Quran and Sunna for their methods. Hassan Hattab has already admitted being in contact with Algerian government officials regarding the possibility of his own surrender and suspension of the outstanding death sentence against him. It is possible that dismantling the Algerian wing of al-Qaeda might be the price of a presidential pardon for Hassan Hattab.

This article first appeared in the September 25, 2007 issue of the Jamestown Foundation’s Terrorism Focus

A daring rebel raid 200 kilometers into the Sudanese province of Kordofan suggests that the Darfur conflict may actually be spreading, despite the initiation of Darfur peace negotiations in Tanzania last month. At 4 PM on August 29, four columns of fighters from Darfur’s Justice and Equality Movement (JEM) converged on a Sudanese military base at Wad Banda, Kordofan province. The rebels occupied Wad Banda for several hours, leaving before sundown with captured weapons and all the police vehicles. At first, the military denied there was a base at Wad Banda, but later acknowledged that a small group of “renegades” had been driven off by police. Two days later, the government reported 41 deaths as a result of the raid (SUNA, August 31). Both JEM leader Khalil Ibrahim and the Khartoum government reported the participation of a faction from the largest rebel movement in Darfur, the Sudanese Liberation Army-Unity (SLA-Unity), but the claim was immediately refuted by SLA military commander Sulayman Marjan (Sudan Tribune, August 31). 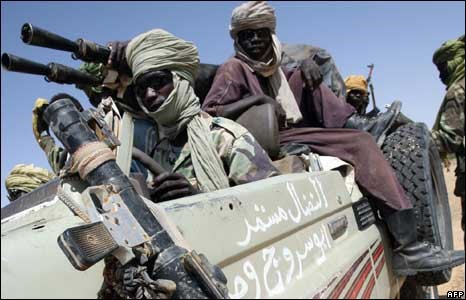 The raid followed a similar operation in early August in which JEM and a coalition of rebels targeted the garrison responsible for guarding Darfur’s sole rail link to Khartoum. During a brief occupation of the town of Adila, JEM seized numerous vehicles and heavy weapons, many of which were probably used in the Wad Banda raid. Both attacks were led by Abd al-Aziz Ushar al-Nur Ashr, a Darfur field commander who has returned from east Sudan, where JEM carried out military operations against Khartoum in alliance with the Beja Congress. It was not the first such attack on Kordofan; last year, JEM combined with other rebels to raid Hamrat al-Shaykh in northern Kordofan (al-Sahafa, July 4, 2006).

The Sudanese government responded by treating the attack on Wad Banda as part of an external threat to Sudan’s stability. The minister of the interior, Professor al-Zubayr Bashir Taha, told the remaining police at Wad Banda that “plots by the colonial powers” would be defeated. The governor of North Kordofan added that unity was needed to thwart “international conspiracies” against Sudan (Sudansafary.net, September 2). The next day, a U.S. diplomat in Khartoum denied any U.S. links to the rebels, deploring the loss of “innocent life” (Sudansafary.net, September 3). According to the rebels, Wad Banda served as a supply depot for government and militia attacks on civilians in south Darfur. JEM complains that Sudanese MiG-29s and antiquated Antonov bombers continue bombing civilian targets in Darfur in violation of a UN Security Council resolution (particularly following the raid on Adila). 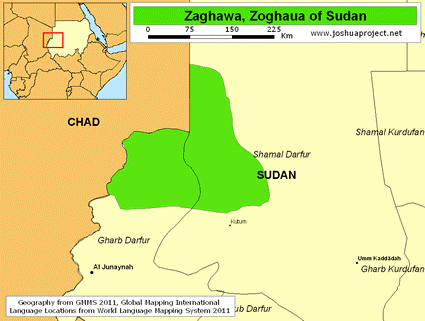 JEM is usually regarded as a Zaghawa-dominated movement, based on the semi-nomadic African tribe that straddles the Chad/northern Darfur border. JEM leaders are probably the most experienced and sophisticated of all the many rebel movements in Darfur, giving the movement a weight unjustified by its numbers. Many Zaghawa became skilled and innovative desert fighters during the Chadian civil war and the campaign against Libyan garrisons in northern Chad. The conflict in Darfur is, in part, a reflection of the growing assertiveness of the Zaghawa, who already dominate the government in Chad. In Sudan, the Zaghawa now present a commercial challenge to Arab dominance of the economy. Zaghawa factionalism, however, has prevented the development of a unified Zaghawa movement. In recent months, JEM has made efforts to broaden its ethnic base, including sacking the group’s military commander, who was accused of favoring the Zaghawa.

Even after signing peace agreements with rebel movements in the south and the east, Khartoum is faced with a deteriorating situation in the west. In an unsettling development, some Darfur Arabs (including janjaweed defectors) have begun to take up arms against the government, forming new rebel fronts or joining existing groups of African Muslim rebels. Combined with JEM’s new military offensive, Khartoum risks losing its grip on Darfur before the arrival of the UN peacekeeping mission in January.

This article first appeared in the September 11, 2007 issue of the Jamestown Foundation’s Terrorism Focus