Libya’s most-wanted man, former intelligence chief Abdullah al-Senussi, was extradited to Libya on September 5, where he is expected to undergo intense and thorough interrogation by Libyan authorities and possibly security officials of some of the other nations in which al-Senussi is wanted for various major crimes such as terrorism, murder and kidnapping (Agence Mauritanienne d’Information, September 5). 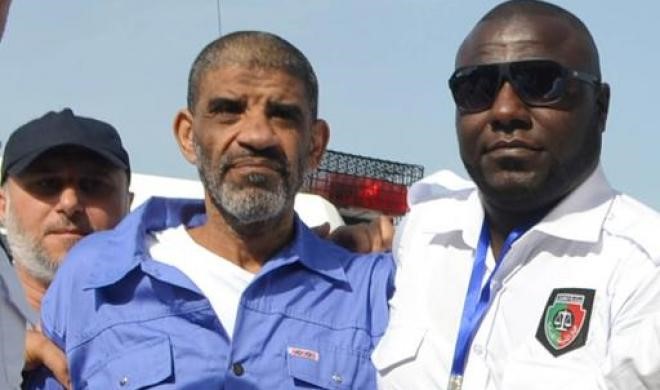 After several months of unconfirmed reports of arrests and escapes, al-Senussi was arrested in Nouakchott in March and eventually charged with illegal entry to Mauritania and the use of forged documents (AFP, September 5). Mauritanian authorities were initially reluctant to return al-Senussi, saying he would have to face the minor charges facing him in Mauritania first. Al-Senussi is now being held in the small maximum security Hudba al-Gassi prison in Tripoli, where many former members of the Qaddafi regime are being held. The current roster of prisoners in the facility includes three former Prime Ministers and former military intelligence chief Mustafa al-Kharroubi.

Before leaving Mauritania, Lebanese authorities succeeded in obtaining permission to interrogate as-Senussi regarding the disappearance in Tripoli of Lebanese Shiite leaders and Afwaj al-Muqawama al-Lubnaniya (AMAL) founder Imam Musa al-Sadr and two companions after a heated meeting with Mu’ammar al-Qaddafi in 1978. Lebanese sources described the session as “insufficient despite its importance” (al-Nahar [Beirut], September 1; September 4).

Al-Senussi, who faces the death penalty if convicted, is rumored to have been tortured on his arrival in Tripoli and to have attempted suicide while in Hudba al-Gassi, but these allegations were denied by the man responsible for keeping him behind bars, Khalid al-Sharif, a former member of the Libyan Islamic Fighting Group (LIFG) and now the head of Libya’s National Guard (al-Sharq al-Awsat, September 20). Al-Senussi’s jailer maintains that his prisoner is kept in comfortable conditions and provided with appropriate food, but does admit al-Senussi had complained of “humiliations” such as having his trademark bushy hair shorn. Like his former LIFG colleague, Abd al-Hakim Belhadj, al-Sharif is reported to be a candidate for the post of Libyan Interior Minister, an appointment that would mark an utter reversal of the political status quo that existed in Libya for decades.
Al-Senussi was charged by the International Criminal Court with crimes against humanity in June 2011, but is expected to face similar charges in Libya rather than be extradited to the Hague. One issue of concern to Libyan authorities is determining the location of funds Qaddafi stored abroad before they are otherwise accessed or transferred. Al-Senussi is described as the primary defendant in the case surrounding the massacre of over 1,200 Libyan Islamists in Abu Salim prison in 1996. The trial of Saif al-Islam al-Qaddafi (currently held by the Zintan militia) has been postponed until further evidence is gleaned from al-Senussi’s interrogation (Tripoli Post, September 7).

According to Libyan prosecutors, al-Senussi has already confessed to the 1993 murder of a leading member of the Libyan opposition, Mansur Rashid al-Kikhia (MENA [Cairo], September 11). A former Foreign Minister and UN Ambassador in the Qaddafi regime, al-Kikhia was not seen again after being kidnapped in Cairo where he was seeking political asylum. Based on al-Senussi’s information, a corpse was disinterred in the yard of a Tripoli villa and is currently undergoing DNA testing. Al-Sharif described the leak of al-Senussi’s confession as being deliberate and made for “humanitarian reasons”
As the man who best knows the secrets of the Libyan regime and who was responsible for carrying out the late Libyan dictator’s darkest plans, al-Senussi is wanted by a variety of nations, including France, where he was convicted in absentia for his role in the 1989 bombing of a French passenger plane that killed 170 people, and by Saudi Arabia, which suspects him of organizing a 2003 plot to assassinate Crown Prince Abdullah.
The United States and a number of international human rights organizations have urged that al-Senussi be given a fair trial, though it is unlikely that any of the possible outcomes of such proceedings could offer anything more than a grim or even short future for the former intelligence chief. Libya is now seeking the extradition of a number of former regime officials from Egypt and has sent a list of wanted individuals to the Egyptian public prosecutor (MENA [Cairo], September 23).

This article was first published in the September 27, 2012 issue of the Jamestown Foundation’s Terrorism Monitor.