From Tips and Trends: The AIS African Security Report, March 2015

As part of an effort to modernize the Republic of Sierra Leone Armed Forces (RSLAF), 850 Sierra Leonese soldiers were sent to join African Union Mission in Somalia (AMISOM) peacekeeping forces in April 2013. The force was reported to have received extensive training from British and American troops before their deployment to Somalia (Standard Times Press [Freetown], May 20, 2012). The RSLAF had some prior peacekeeping experience, deploying a reconnaissance unit to Darfur in 2009 as part of the United Nations-African Union Mission in Darfur (UNAMID). Sierra Leone continues to contribute roughly 100 police and a few military specialists to the Darfur mission.

The RSLAF contingent in Somalia, consisting of Sierra Leone Battalion 1 (LEOBAT 1) was under the overall command of Colonel Mamadi Mohamed Keita, a veteran of the ECOMOG deployment in Liberia in 1990, [1] followed by service in the long fight against Foday Sankoh’s Revolutionary United Front (RUF) in Sierra Leone (1991-2002) (Sierra Express Media, September 20, 2012). 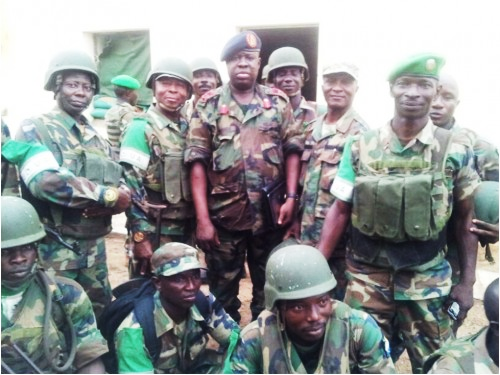 The first contingent of the RSLAF arrived in Kismayo via Kenya on April 2, 2013 and were greeted with al-Shabaab land-mines on the road into Somalia. According to battalion commander Colonel Abubakr Conteh, “Somalia as a nation is a gossip society and information relating to the war spreads around quickly and al-Shabaab was fully aware of our arrival in Somalia” (Awoko [Freetown], April 2, 2013). After their arrival in Kismayo, the men of LEOBAT 1 began working in tandem with Kenyan forces already deployed in the region. Uganda, Burundi, Djibouti and Ethiopia also contribute forces to AMISOM, which is heavily financed by the United States and the European Union.

Al-Shabaab returned to the attack on June 21, 2013, with an attempted ambush of an RSLAF supply convoy near Tabda in the Kismayo region. The ambush was disrupted without casualties from the RSLAF but al-Shabaab struck again on June 23 in a night-attack on the RSLAF base using RPGs before being again repulsed with heavy Shabaab losses but no casualties reported in the RSLAF detachment (Shabelle Media Network, June 23, 2013; Sierra Express Media, June 26, 2013). An immediate operation to secure the area resulted in the capture of two al-Shabaab fighters. 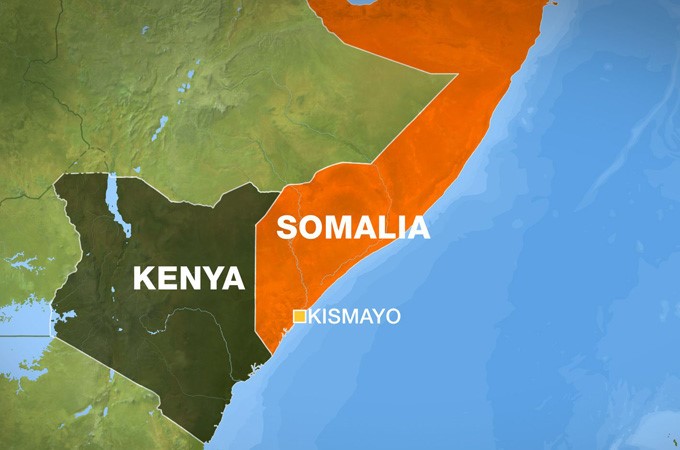 In March 2014, Sierra Leone took command of AMISOM forces in Sector 5 (Kismayo) in relief of the former Kenyan commander. LEOBAT 1 constituted the bulk of the force, with additional companies of Kenyan and Burundian troops and a unit of Nigerian police (Sierra Express Media, January 15, 2014).

The first troop rotation was scheduled for June 2014 at the latest, but this, like several other deadlines, came and went without troop movement, leaving the troops of LEOBAT 1 on an unexpected extended mission after fully expecting to serve no more than a year in Somalia. Troops reported receiving threats of disciplinary action from their superiors if they continued to ask for a timely rotation, adding that they were depressed and missing their families to the point that one lance-corporal had passed away in hospital from “frustration and depression” (Politico [Freetown], May 8, 2014).

Morale was also affected by persistent rumors of misappropriation of the soldiers’ pay back in Freetown (Politico [Freetown], May 8, 2014). The first group of peacekeepers to return were assured by Deputy Chief of Defence Staff (DCDS) Brigadier John Milton that their back-pay was safe and would be distributed as promised: “All of you have your individual accounts that only you will access; all the instructions you left us, is what we did and now that you are back, the public will know the truth” (Awoko [Freetown], January 15, 2015). In any case, there were already reports that the glimmer of extra pay to be obtained by serving in peacekeeping missions abroad had begun to pale in light of the unexpected and determined resistance put up by al-Shabaab forces in the Kismayo region (AfricaReview, May 11, 2014).

Those RSLAF troops remaining in Sierra Leone played an important part in containing the Ebola outbreak, most notably through Operation Octopus, the deployment of 750 soldiers to enforce quarantines in the hard-hit eastern part of the country (Reuters, August 4, 2014). LEOBAT 2 was isolated at a pre-deployment camp in preparation for the planned rotation, but an individual soldier who tested positive for Ebola had taken an unauthorized leave and returned infected (Reuters, October 14). Rather than leaving for Somalia, 800 men entered a 21-day quarantine.

In October 2014, the Somali government wrote in an official capacity to the African Union and the Sierra Leone government demanding a halt to further deployments from Sierra Leone and a halt to any possible visits to LEOBAT 1 by officials or other individuals from that country (Raxanreeb Broadcasting Corporation, October 23, 2014; Horseed Media, October 23, 2014). On December 20, 2014, chief of defense staff Major General Samuel Omar Williams announced that the RSLAF force in Somalia would be withdrawn and not replaced.

In his welcome address to returning RSLAF peacekeepers, President Dr. Ernest Bai Koroma promised he would do “everything possible” to ensure that LEOBAT 2 would go on peacekeeping operations abroad after the disappointment of the cancelled Somalia mission (Patriotic Vanguard, January 30, 2015).

According to battalion commander Colonel Abubakr Conteh, his troops faced a difficult challenge in operating in a battle-zone with no defined area in which nearly any Somali encountered by RSLAF personnel could be a member of al-Shabaab. Nonetheless, Conteh maintained that it was “a worthwhile experience every commander will like to experience. I’m glad to have been part of the peacekeeping and [it] made me have more confidence in the army” (Awoko [Freetown], February 10, 2015). Total losses for the force during the Somali deployment amounted to one combat death and five others from “natural causes” (Awoko [Freetown], January 15, 2015; February 10, 2015).

Ethiopia quickly pledged to replace the Sierra Leonese troops with its own forces. Ethiopia operated unilaterally in Somalia for several years before formally joining AMISOM in January 2014. The new Ethiopian deployment will join 4400 Ethiopian troops already operating in Somalia. Ethiopia’s deployment to Kismayo is part of a larger expansion of its peacekeeping role in Africa that includes a deployment to the disputed Abyei border region between Sudan and South Sudan and the new deployment of three helicopter gunships to South Sudan (Sudan Tribune, February 6, 2015). Ethiopia has roughly 12,000 peacekeepers active in Somalia, South Sudan, Abyei and Darfur.