AIS Special Report on Ukraine no. 6. 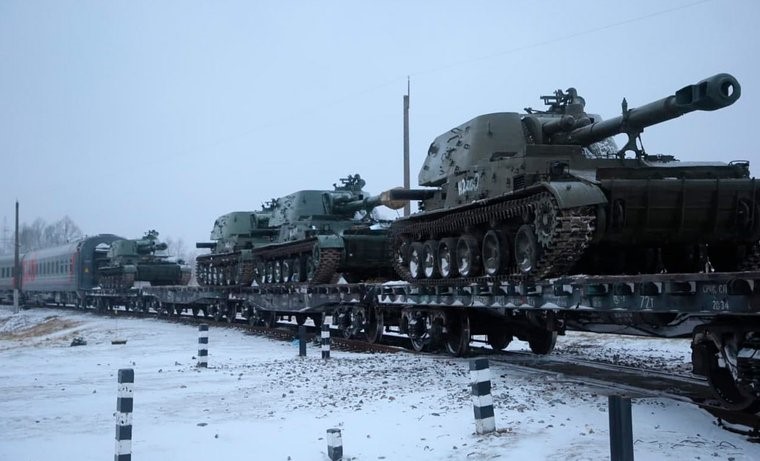 During the dangerous years that followed the German invasion of the Soviet Union in WWII, Ukraine gained a much-deserved reputation for intense partisan warfare designed to liberate the motherland from Nazi control. Most of the partisans fought within the Soviet framework of Josif Stalin’s Kremlin, itself the cruel perpetrator of a Ukrainian genocide in the 1930s, but others fought both Soviet communists and German Nazis in the interest of establishing a free and independent Ukraine.

The city of Melitopol is an important industrial center in Ukraine’s south-eastern Zaporizhzhia oblast (administrative region). Melitopol suffered greatly while occupied by the German Army from October 1941 to October 1943, with its entire Jewish population eliminated by SS Einsatzgruppen death squads. During the occupation, bands of partisans roamed the Zaporizhzhia region, risking certain death at the end of a noose to disrupt rail transport and pounce on isolated patrols or collaborators.

Decades later, the partisans have returned, but instead of working to expel Hitler’s executioners, they are now committed to driving out occupiers from a similarly sinister regime, represented by Vladimir Putin’s corrupt and merciless collection of thugs and war-criminals. Typically, the partisans are civilian fighters operating behind enemy lines with support from the Ukrainian Special Forces and have been especially active in Zaporizhzhia. 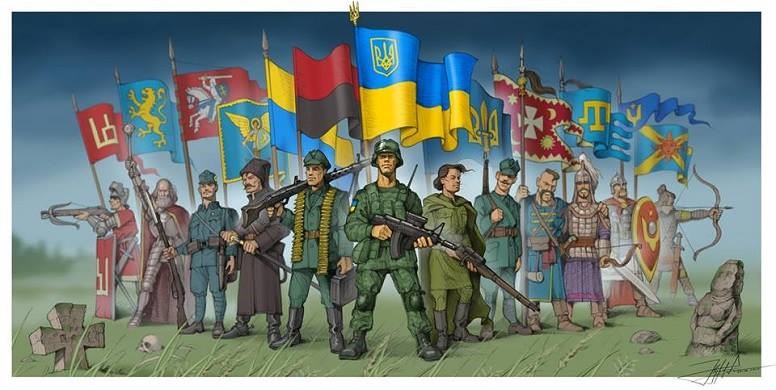 Poster for the Ukrainian “Day of Heroes.” The figure in front of the Red and Black flag represents the Ukrainian Insurgent Army, which fought against both the Nazis and the Soviets during WWII and continued to battle Russian communists until 1949.

After Ukraine finally shed the Soviet yoke in 1991, Melitopol enjoyed three decades of peace and prosperity until Putin’s Russian legions stormed Ukraine, justifying the slaughter of innocents, bizarrely, as a necessary step in “de-nazifying” its independent neighbor.  When a Russian amphibious force entered Melitopol on February 26, 2022, Russian government-controlled media reported that “Melitopol residents welcomed the Russian troops… some elderly citizens took to the streets waving red [Soviet-era] flags” (TASS [Moscow], February 5, 2022). Undermining these dubious claims of a popular welcome is the fact that the city was not fully occupied until March 1.

Partisan Attack on an Armored Train

Known as “the Gateway to the Crimea,” Melitopol is an important rail junction for trains running between Moscow and the Russian-annexed Crimean Peninsula. It is unsurprising then that certain individuals somewhat less enthused about the arrival of the Russian occupiers than the Soviet-flag wavers mentioned in the official account have targeted rail infrastructure around Melitopol, including an apparently successful attack on one of Russia’s modernized armored trains. [1]

A ten-car Russian armored train heading northeast from Crimea through Melitopol was either destroyed or seriously damaged on May 18 by local partisans assisted by Ukrainian special forces. Local media reported that an explosive placed on the rails detonated under a rail-car carrying Russian military personnel, producing an unknown number of casualties and causing damage to the train and the rails (Ria-Melitopol, May 18, 2022; Ukrayinska Pravda, May 18, 2022). These reports seemed to indicate a massive failure in the sophisticated bomb-detecting sensors and electronics installed in Russia’s armored trains in recent years. 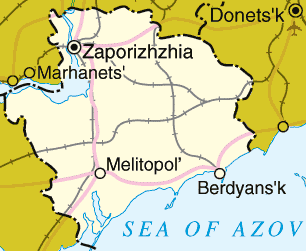 However, according to the (Ukrainian) Zaporizhzhia Regional Military Administration (ZRMA), the train was not destroyed by a bomb, but was rather derailed by saboteurs. The widely-reported explosion was, according to ZRMA, the result of an ammunition shipment that detonated when the train overturned. The ZRMA added that the Russian occupiers are constantly running overloaded trains on the tracks without providing the necessary maintenance (Express, May 19, 2022).  The claim was startling, as Russia maintains brigades of railway troops (Zheleznodorozhniki –ZhDK) specializing in security, repair and maintenance activities. It is not inconsistent, however, with the revelations of incompetence in the Russian command. The attack was not the first on the line; on April 28, Ukraine’s Special Forces destroyed a railway bridge in the Zaporizhzhia region used to carry fuel and military goods from Crimea to Melitopol (Pravda [Kiev], April 28, 2022; Ua.Interfax [Kiev], April 28, 2022). 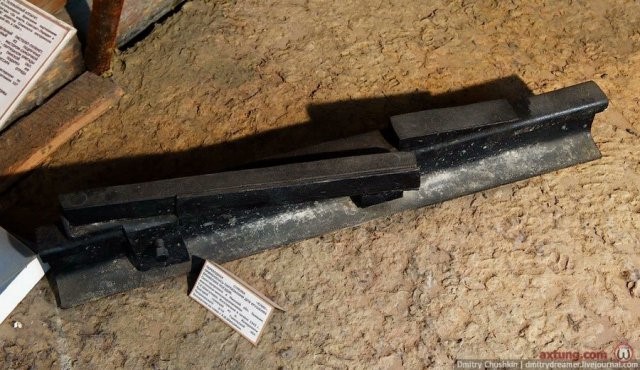 If the Melitopol armored train was indeed derailed, it was probably through the use of a particularly useful but simple device known as the Shavgulidze Wedge. Invented in WWII by Georgian inventor and partisan leader Tengiz Shavgulidze, this 20-kilogram steel device can be installed on rails in just a few minutes and effectively derails entire trains. The beauty of the device is that it allows a train to be derailed without the use of explosives, an important factor in avoiding detection by the bomb-sniffing equipment carried by Russian armored trains.

Reports indicate the blast on the rail-line was followed by machine-gun fire, though it is not clear if the latter was the product of a gunfight with saboteurs or the response of nervous and panicky Russian troops. A locomotive following the armored train to the front with ten tankers of fuel and lubricants was forced to stop until the damaged armored train was removed by two large cranes and the twisted tracks repaired (Ukrinform.net, May 18, 2022). Melitopol’s mayor, Ivan Fedorov, later warned that “the earth will burn under the feet of the invaders… the armored train is just the beginning” (Express, May 19, 2022).

The Covert Struggle in Melitopol

Partisan activity in and around Melitopol is keeping the Russian occupiers on edge, especially those servicemen who were assured by their commanders of a hero’s welcome as liberators. Nervous troops are often responsible for atrocities against civilians, a self-defeating response as brutal acts of retaliation have historically often stiffened the opposition rather than intimidate it.

At the time of the armored train attack, Melitopol’s mayor reported the death of more than 100 Russian “occupiers” in over 20 “resistance operations” since the start of the Russian invasion (Ukrinform.net, May 18, 2022). Ukrainian forces have been intensely occupied with the discovery and elimination of pro-Russian saboteurs working behind Ukrainian lines; earlier this month, the Ukrainian Security Service announced it had eliminated 140 enemy sabotage groups working behind Ukrainian lines and rounded up 4,000 pro-Russian collaborators (Facebook, May 6, 2022).

Other than the poorly-armed and lightly-equipped pro-Russian militias in the now-ruined Donbas region, Russian authorities have had great difficulty in their efforts to recruit and field pro-Russian militias in Ukraine, apparent proof that Ukrainians are not seeking freedom from the cabal of “Nazis and drug-addicts” that Moscow insists are ruling the country. The dismissal of top Russian intelligence officials charged with these efforts suggests that even Russia’s security forces did not take Putin’s threats of invasion seriously until it was too late to organize pro-Russian partisan groups. Russian manpower much needed on the Donbas front is thus forced to search for partisans in southern Ukraine with little local cooperation.

The explosion of a hand grenade next door to the Russian military HQ in Melitopol on the same day as the train attack brought on wild fire from Russian troops. Two senior officials of the Russian occupation had been assassinated in the street earlier in the day (KyivPost, May 18, 2022). Five days later, in another part of the Zaporizhzhia oblast, a pro-Russian mayor appointed by Moscow and his two bodyguards were wounded in an attempted assassination by partisans, with the Kremlin describing the incident as a “terror attack” (Moscow Times, May 23, 2022). Posters showing Russian soldiers suffering death at the hands of partisans have also begun to appear in the occupied regions of Zaparizhzhia.

Partisans alone cannot drive the Russian Army from Ukraine, but their activities do raise questions about the viability and expense in blood and treasure of a permanent occupation of Ukraine. If even a Ukrainian defeat cannot enable the enforcement of the Russian writ in Ukraine due to partisan resistance, then the entire rationale for the invasion and its prospects for success is open to question. If Putin’s own intelligence chiefs understood this, there is little wonder that they quietly believed the Russian leader’s threats were just bluff and consequently few preparations were made  to create a network of Kremlin loyalists inside Ukraine prior to February 2022. Censorship and media manipulation may have helped create some kind of popular consensus in favor of the war inside Russia, but the men around Putin are fully aware of the difficulties they will face in occupying Ukraine. It was, after all, their grandfathers and grandmothers who took to the woods and marshes to make Germany’s occupation of the Soviet Union unsustainable.