A late-night strike by a large group of Islamic State militants on a Libyan National Army (LNA) checkpoint near Fugha in the central province of Jufra was a bloody warning that the Islamic State is regrouping in Libya after a major defeat late last year. 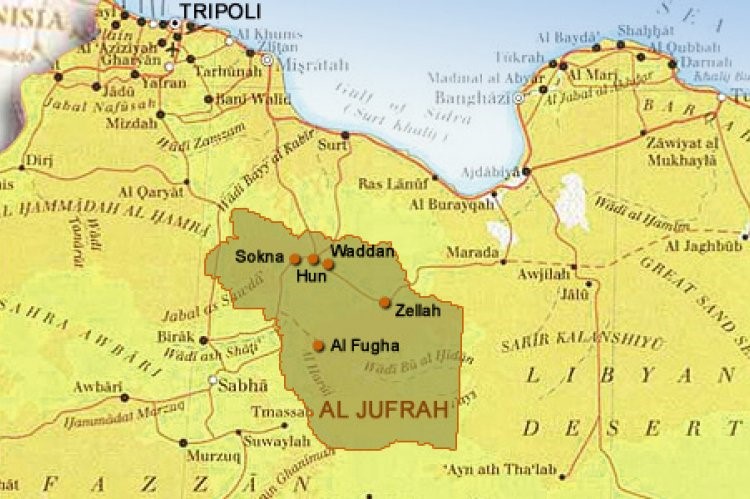 The dead included nine soldiers of the 131st Infantry Battalion and two civilians from Sirte who had the misfortune of arriving at the checkpoint as the killings were ongoing (al-Wasat, August 23, 2017). The men had apparently been taken prisoner first, as they died from close range shots to the head or from being beheaded or having their throats slit.

The killers left the scene with stolen arms and vehicles after setting fire to the checkpoint and everything they couldn’t carry away (Libya Observer, August 23, 2017). The Islamic State’s Amaq news agency claimed a total of 21 LNA personnel had been either killed or wounded in the attack (Telegram messaging service, August 23, 2017).

The Islamic State militants were forced out of their stronghold in the coast city of Sirte late last year by Bunyan al-Marsous (“Solid Structure”), a Misratan-led coalition of militias (mostly Islamist), aided by punishing air strikes by American warplanes based offshore.

Eight of the soldiers at Fugha were from Surman and were former members of the 32nd Mechanized Brigade, a Qaddafist-era elite unit commanded by the late Colonel Khamis al-Qaddafi, son of the Libyan leader (Libya Herald, August 23, 2017). Despite their reputation as loyal, even fanatical, Qaddafists, some veterans of the Brigade were integrated into the 131st Battalion after the revolution. The battalion battled the Islamist Benghazi Defense Brigades (BDB) in the coastal oil crescent region in early March 2017. A surprise strike by the BDB against the Sidra and Ras Lanuf oil terminals on March 3 ejected LNA units (including the 131st) from the area, while there were unconfirmed reports that two NCOs of the 131st Battalion had been captured and beheaded by the BDB. The deceased were later identified as Muhammad Oweidat and Imad Zlitni, but the BDB denied beheading the two soldiers (Libya Herald, March 12, 2017). 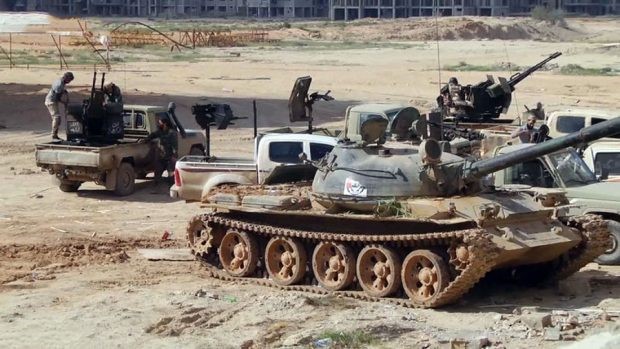 The LNA expelled the BDB from its bases in Jufra in a rapid campaign in early June. The operation was helped by the fact that the BDB had lost local support following an especially vicious assault on the LNA-held Brak al-Shatti airbase on May 18. Seven civilians and over 130 captive soldiers of the LNA’s 10th and 12th Brigades were slaughtered by the BDB and their allies. Many had their throats slit, while others appear to have had their heads run over by trucks.

Surman, the home of eight of the soldiers killed at the Fugha checkpoint, was the scene of fighting in March 2016 between local fighters and male and female Islamic State terrorists from Tunisia who had escaped American airstrikes and a February 25-28 offensive against Islamic State fighters in neighboring Sabratha.  During its brief occupation of Sabratha, the Islamic State militants beheaded 12 policemen after overrunning their station but were unable to fulfill their intention of destroying the Roman ruins there. After the beheadings, ten of the terrorists were killed by the Surman fighters; a woman and her child were the only prisoners (Libya Observer, March 3, 2016).

Both LNA commander “Field Marshal” Khalifa Haftar and Faiez Serraj, chairman of the rival UN-recognized Presidency Council, promised a firm response to the Fugha attack. To some degree, the Islamic State has been able to exploit the lack of a united response to their activities due to political and military divisions within Libya. The massacre at Fugha was the first large-scale operation by Islamic State fighters since the collapse of their Sirte stronghold last December and suggests the movement may have successfully regrouped to launch a new phase of their campaign to impose an Islamic Caliphate on Libya.