A little more than a year after a French and African Union military intervention drove an Islamist coalition from their bases in northern Mali in early 2013, Prime Minister Moussa Mara ignited the seething tensions in the area with an ill-advised visit to the Kidal region (a stronghold of separatist Tuareg rebels) in mid-May 2014. Within days, the Malian Army was in full flight from angered Tuareg insurgents in Kidal and many other sites of strategic importance in the north, including towns along the main drug-trafficking and smuggling routes that connect northern Mali to the northern Sahara and the Mediterranean coast. 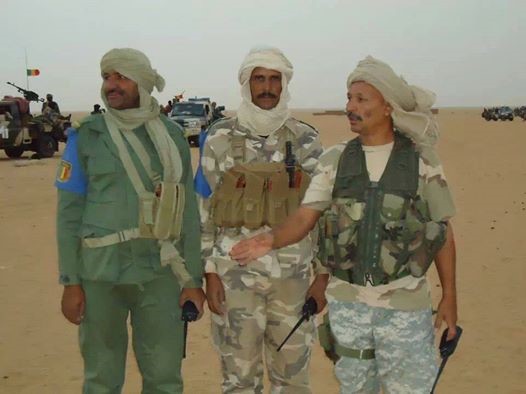 As a result of the army’s rapid flight, a significant portion of the Tuareg and Arab communities of the north that have no interest in separatism or the formation of an Islamic state were suddenly once more at risk from politically-motivated violence. These communities responded by transforming their pro-government Tuareg militia into a more inclusive pro-government self-defense organization, the Groupe Autodéfense Touareg Imghad et Alliés (GATIA), led by the only Tuareg member of Mali’s general staff, General Hajj ag Gamou. With an estimated 1,000 fighters drawn from Tuareg and Arab communities, the movement announced its formation on August 14, 2014. Since then the group has emerged as a powerful obstacle to the ambitions of those militant groups in northern Mali seeking greater autonomy or the establishment of an independent state to be known as “Azawad.”

According to GATIA’s secretary-general, Fahad ag Almahmoud, the movement was formed after the May 2014 withdrawal of the Malian Army from its positions east and north of Gao rendered the Tuareg and Arab communities “defenseless” (Le Monde, February 9, 2015). Failing to obtain the support of the United Nations Multidimensional Integrated Stabilization Mission in Mali (Mission multidimensionnelle intégrée des Nations unies pour la stabilisation au Mali-MINUSMA) or French military forces (which the movement suspects of supporting the Tuareg separatists of the Mouvement National pour la liberation de l’Azawad [MNLA]), GATIA’s founders observed that only armed groups were being given a seat at the peace negotiations that followed: “There was no mission to substitute ourselves for the army or [government] assistance, we just have the same enemy. In reality, when we took up arms, the Malian Army no longer existed [in northern Mali]” (Le Monde, February 9, 2015; RFI, August 16, 2014).

The establishment of GATIA, however, is not just a response to growing insecurity in the absence of government security forces. It is, in many ways, also the result of a long-simmering conflict between the noble Tuareg clans of Kel Ifoghas (a.k.a. Kel Adagh) and the Tuareg vassal clans known as Imghad. The introduction of democracy after independence in 1960 allowed the more-numerous vassal classes of Tuareg and Arab society to accrue authority as elected officials over the less numerous noble groups. For many in the non-noble classes, Malian citizenship also offered a chance to restructure traditional Tuareg and Arab society in their favor, while the noble castes objected to these developments and their own sudden political subordination to the Bambara ethnic majority in southern Mali.

The rivalry between nobles and vassals was intensified by struggles over smuggling routes, after a new outbreak of rebellion in northern Mali led by separatist Tuareg vassal clans in January 2012 and the military coup three months later that ended Bamako’s authority over the north. When the Islamist coalition occupied northern Mali, the noble Ifoghas group tended to favor Iyad ag Ghali’s Islamist Ansar al-Din movement, while the vassal Imghad (particularly the Tuareg militia led by Hajj ag Gamou) sided with the state. Ag Ghali of the Ifoghas is a bitter enemy of Imghad General Ag Gamou, and is now believed to be in the uncontrolled region of southwestern Libya while preserving his influence in northern Mali through intimidation and alleged death squads which target his opponents in the Tuareg community (Jeune Afrique, February 18, 2015).

The French and African Union military intervention in 2013 shattered the Islamist coalition in northern Mali (which included the Movement for Unity and Justice in West Africa [MUJWA] and al-Qaeda in the Islamic Maghreb [AQIM] as well as Ansar al-Din), leading many Ifoghas to abandon Ansar al-Din to form a new and less overtly provocative movement, Le Haut Conseil pour l’Unité de l’Azawad (HCUA). With Mali’s regular army still absent from the north, there have been calls from Mali’s press and political establishment for Ag Gamou’s GATIA to be formally integrated into the Malian Army (Nouvelle Liberation [Bamako], October 24, 2014).

After the flight of the Malian Army from the north, GATIA joined Songhai fighters of the Coordination des Mouvements et Front Patriotique de Résistance (CM-FPR, incorporating the largely Songhai Ganda Koy and Ganda Iso militias) and the loyalist faction of the Mouvement Arabe de l’Azawad (MAA). These took part in a successful battle against a coalition of rebels (HCUA, MNLA and the anti-Bamako faction of the MAA) led by veteran commander Hassane Fagaga at Anéfis on July 11, 2014. [1] Both the MNLA and GATIA use Malian fighters who returned from Libya after the defeat of the Qaddafi regime. One of these, Baye “Bojan,” was an important military commander in GATIA before his death in the battle for Anéfis.

The military weakness of the MNLA (exposed earlier when the movement was sidelined by Islamist militants in 2012) resurfaced in October 2014 when GATIA drove the MNLA from its base in the town of In Tillit (south of Gao) and several other smaller settlements (L’Indépendant [Bamako], October 20, 2014; Jeune Afrique, October 17, 2014). GATIA insists that the MNLA is deeply involved in drug trafficking, though in reality there are few armed groups in northern Mali that have not benefitted in some fashion from the lucrative drug corridors that run from West African ports through Mali to points north and east. 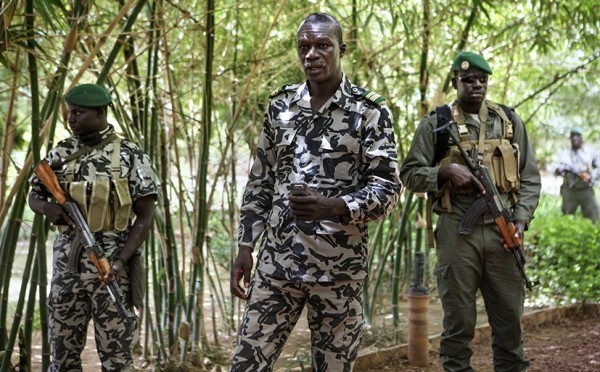 General Didier Dacko of the Malian Army  denied reports that government forces had provided support to the GATIA attack, adding that “the militia does not act under the orders of the Malian Army” (Sahelien.com, October 16, 2014). Mali’s Ministry of Defense has also described suggestions that GATIA was formed from members of Ag Gamou’s militia (an important part of the re-conquest of northern Mali in 2013) and elements of a Malian Army technical weapons group as “part of a pure disinformation campaign aimed at discrediting the Malian Army” (Jeune Afrique, February 16, 2015).

Government denials that it is assisting GATIA may be a means of promoting GATIA as an independent (but Bamako-friendly) partner in the Algiers peace talks, which currently exclude GATIA. This is because if GATIA is too closely identified with the government through a formal relationship with the government there would be little reason for them to be part of the negotiations. General Ag Gamou continues to report to the Malian general staff, but GATIA Secretary-General Ag Almahoud insists that GATIA members receive no pay from Bamako: “Nobody pays us. We do it for honor, not for the unity of Mali” (Jeune Afrique, February 17, 2015).

GATIA’s goals remain only vaguely outlined; when asked directly what proposals GATIA intended to present at the peace talks, Ag Almahoud preferred to describe what GATIA did not stand for: “We are not part of the movements that have taken up arms against the state. We do not demand secession from Mali, nor federalism, nor autonomy” (JournalduMali.com, October 21, 2014). What is clear is that GATIA sees a future for northern Mali within a sovereign and secular Malian state. Less certain is what all this loyalty will cost, keeping in mind Ag Gamou’s apparent political ambitions.

The flight of Malian troops from northern Mali in May 2014 confirmed once again that Mali’s military is utterly incapable of controlling the north, convincing Mali’s leaders that the deployment of pro-government ethnic militias is preferable to further misadventures by the Malian Army. While the French have committed to a military presence in the region with the inauguration of Operation Barkhane in July 2014, both separatists and loyalists suspect the French of favoring the other side. [2] The HCUA, MNLA and the anti-Bamako faction of the MAA are likewise all determined to prevent GATIA from having a seat at the peace talks, in part because GATIA’s very existence challenges their claim to be the legitimate voices of northern Mali’s Tuareg and Arab communities. On the other hand, the question is whether any agreement reached in Algiers that excludes GATIA could restore peace and order in northern Mali. The internal struggle within the Tuareg and Arab communities is escalating and a failure to address this in the ongoing negotiations will fail to produce a workable solution to the violence in the north.