The spread of the Islamist insurgency in the Sinai Peninsula to the heavily populated Nile Delta and Nile Valley regions of Egypt has been facilitated by the importation of arms from Muammar Qaddafi’s looted Libyan armories. Prior to Libya’s 2011 revolution, arms and explosives were difficult to obtain. Since then, the growth of new Egyptian militant groups such as Liwaa al-Thawra (Revolution Brigade) and Harikat Souad Masr (Hasm – Arms of Egypt Movement) have been enabled by the availability of arms smuggled over 370 miles through the vast wastes of Egypt’s Western Desert, the 263,000 square miles of which account for two-thirds of Egypt’s land mass. With the Libyan-Egyptian border stretching for more than 650 miles, uncontrolled entry points to Egypt are plentiful, allowing militants and smugglers to move back and forth. 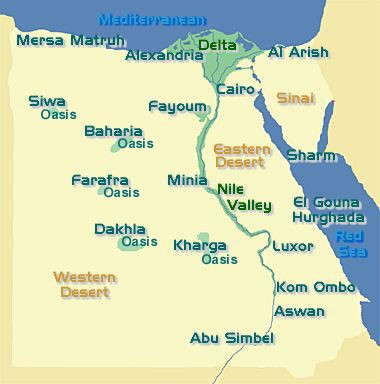 The Oases of the Western Desert (Our Egypt)

The only centers of population in the Western Desert are the ancient oases of Siwa, Dakhla, Farafra, Bahariya and Kharga. Over time, the oases have been occupied by Ancient Egyptians, Romans, Mamluks and Ottomans. Modern influences only began to enter the oases with the construction of a road connecting them to the Nile valley in the 1970s. The mostly Muslim peoples of the oases are a mix of their original ancient inhabitants, Berbers, Arab Bedouin from Libya and migrants from the Nile Valley.

Ruins of the Oracle of Amun Temple at Siwa Oasis

Despite their isolation, the recent battles fought in the oases between Islamist extremists and government forces are far from the first incidents of large-scale violence in these communities. The terrain of the Western Desert has been treacherous for military operations since the Persian King Cambyses lost an entire army to a sandstorm after it had been sent to destroy the Oracle of Amun in 55 BCE.

In the modern era, the oases only began to come under Egyptian government control in the 18th and 19th centuries. In 1819, the Egyptian Viceroy Muhammad ‘Ali succeeded where Cambyses had failed by bringing Siwa under Egyptian control in a ruthless conquest in which he deployed Bashi Bazouks (ill-disciplined Ottoman irregulars), Bedouin fighters and a battery of artillery. 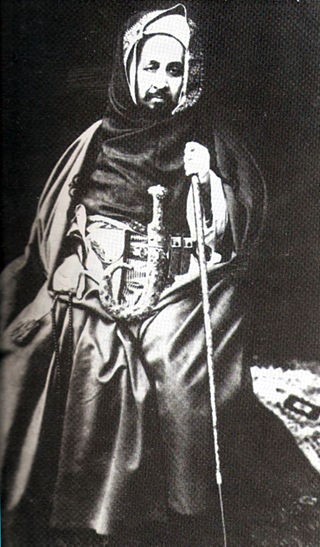 Conflict returned to the region during the First World War, when an Ottoman-allied expeditionary force entered the Western Desert from Libya. Commanded by Libyan Sanusi leader Sayyid Ahmad al-Sharif and Egyptian defector and professional soldier Muhammad Salih al-Harb, the expedition was designed to sweep through the oases before inciting an anti-British rebellion in the Nile Valley. By March 1916, the Sanusis held all five major oases, but the rebellion failed to materialize. After a year of ever more difficult attempts to sustain an army in the desert, Ahmad al-Sharif returned to Libya with only 200 men, his reputation in tatters.

British officers in stripped-down Ford Model T’s began intensive exploration of the desert in the postwar years. When war again descended on the region in 1939, their work provided the basis for successful anti-Axis operations by the Commonwealth’s Long Range Desert Group (LRDG). In the years before the defeat of Germany’s Field Marshal Irwin Rommel and his Afrika Korps, LRDG vehicles ranged the desert, discovering the routes that are now used by smugglers and arms traffickers. 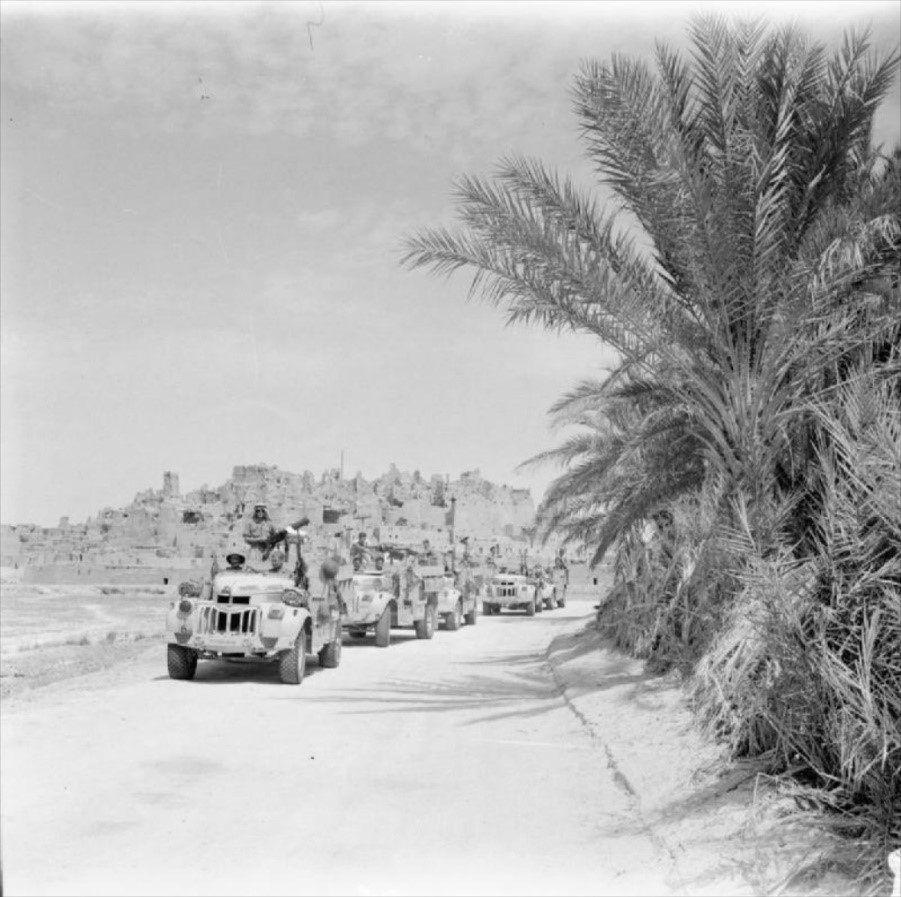 Tensions rose in the region again after Qaddafi seized power in Libya in 1969. However, the colonel’s attempts to incite revolutionary activity amongst the cross-border Awlad ‘Ali Bedouin (with historic ties to Libya) were dashed by a four-day border war in 1977, in which Qaddafi discovered his small and amateurish army was no match for battle-tested Egyptian troops.

The movement of arms from Libya to Egypt began during the short tenure of Egypt’s President Muhammad al-Mursi, who was deposed by the army in July 2013. Security forces disrupted a major arms smuggling network, the so-called Madinat Nasr cell, in November 2012. The suspects claimed the arms were intended for Syria, but plans and documents found in their possession indicated the arms were to be used by the extremists to overthrow the government of President al-Mursi, whom they reviled for participating in democratic elections. [1] However, when an arms convoy was intercepted near Siwa Oasis in July 2013, it became clear that the problem was far from solved (Mada Masr [Cairo], October 22, 2017).

The Egypt-Libya border region is patrolled by the Egyptian Border Guards, a lightly armed paramilitary unit operating out of the western oases. The Egyptian armed forces do not have a counterpart to partner with on the Libyan side, although there are growing ties with Field Marshal Khalifa Haftar, commander of a largely Cyrenaïcan (eastern Libyan) militia coalition known as the Libyan National Army (LNA). Restoring security in Libya is key to ending the cross-border arms shipments, and Egypt has agreed to reorganize the LNA with the intention of molding it into a true national force (Middle East Monitor, September 19, 2017).

Despite the efforts of the border guards and the Egyptian air force, shipments of Libyan arms (including advanced weapons) appeared to intensify in the last year:

In all, President Abdel Fattah al-Sisi claims that Egypt has destroyed no less than 1,200 vehicles carrying arms, ammunition and fighters in the 30 months prior to November 2017 (Xinhua, November 11, 2017). Though the list above may seem to indicate Egyptian success in controlling the border, the influx of modern weapons to Sinai and the Nile Valley suggests many arms convoys continue to get through the Egyptian defenses.

Controlling the border from the air without intelligence from the ground can lead to undesirable outcomes, particularly in a region that has become increasingly popular with tourists, who can now enjoy relatively safe excursions into the inhospitable desert thanks to 4×4 vehicles, satellite phones and GPS navigational equipment. From the air, there is little to distinguish tourist convoys from convoys of arms traffickers, as the Egyptian military discovered when one of their Apache attack helicopters mistakenly slaughtered 12 guides and Mexican tourists in September 2015, despite their having a police escort. Authorities claimed the group of four vehicles was in an area near Bahariya oasis “off limits to foreign tourists,” although a permit with a full itinerary had been obtained for travel in the region (BBC, September 13, 2015; PanAm Post, September 15, 2015).

One of the most dangerous militants operating in the Western Desert is Hisham ‘Ali al-Ashmawy Musa’ad Ibrahim  (a.k.a. Abu Omar al-Muhajir), a graduate of the Egyptian military academy and a former member of the elite Sa’iqa (Thunderbolt) commando unit. Al-Ashmawy is reported to have received advanced military training in the United States (Egypt Today, October 21, 2017). 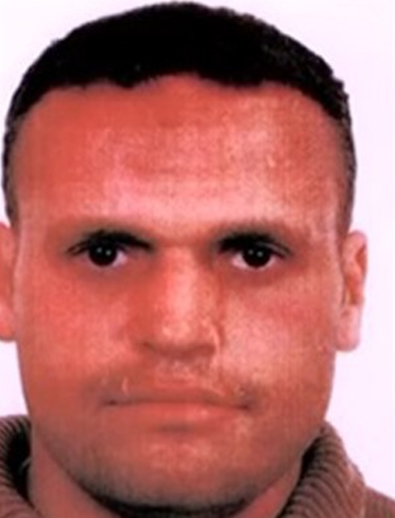 After 10 years’ service in Sinai, al-Ashmawy was dismissed from the Egyptian army for Islamist activities and promptly joined the Ansar Bayt al-Maqdis terrorist group in 2012, where he provided training in weapons and tactics.

In July 2014, al-Ashmawy led an attack on Egyptian border guards in the Western Desert’s Farafra oasis. The assault was carried out by uniformed militants in four-wheel drive vehicles and armed with rocket-propelled grenades (RPGs) and other weapons (Egypt Today, November 28, 2017). The poor ground-air cooperation in the Egyptian military was again exposed when an injured officer was unable to call in air and ground support after the attackers broke off, allowing the militants to withdraw safely into the desert after killing 21 border guards (Egypt Today, October 21, 2017). Wounded during the operation, al-Ashmawy was taken for treatment in the Libyan city of Derna, an Islamist stronghold where he had strong connections with the now defunct Ansar al-Sharia group (Egypt Today, October 21, 2017).

Soon after the Farafra assault, al-Ashmawy split from Bayt al-Maqdis over the group’s decision to pledge allegiance to Islamic State (IS). He appeared in a 2015 video under the name Abu Omar al-Muhajir to claim responsibility for the Farafra attack and to announce he was leading a new group, al-Murabitun (not to be confused with the Sahara/Sahel movement formerly led by Mokhar Belmokhtar). 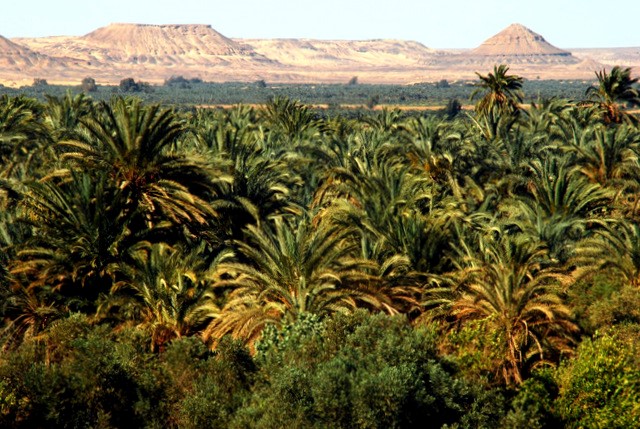 The desert’s Islamist militants again displayed their military skills with the October 20, 2017 destruction of a column of Egyptian police. Working from air force intelligence that suggested a handful of militants were camped along the al-Wahat-al-Kharga-Assyut highway near the Bahariya oasis (85 miles southwest of Cairo), the Egyptian police sent to deal with them were working without air support and had only basic intelligence on the region (al-Arabiya, October 21, 2017).

Instead of a handful of terrorists, the police column ran into an ambush carried out by a larger than expected force. Egyptian security sources told multiple media outlets that over 50 security officers had been killed before the Interior Ministry issued a statement saying that only 16 had fallen with 15 militants killed (Mada Masr [Cairo], October 21, 2017). The ministry’s statement was followed by government criticism of all domestic and international media that published the numbers provided by security sources. 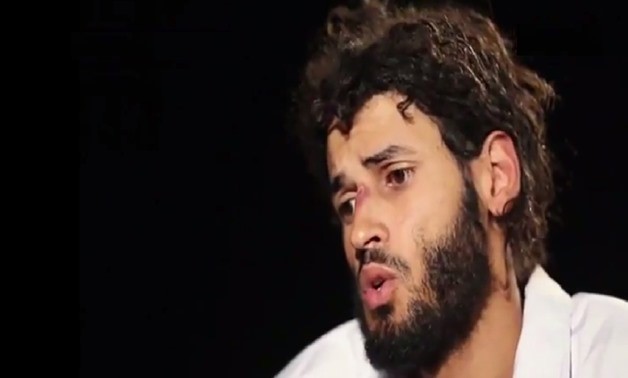 The only militant to survive the Egyptian pursuit that followed was a Libyan veteran of the Shura Council of Mujahideen in Derna, Abd al-Rahim Muhammad Abdullah al-Mismary. Al-Mismary stated that he belonged to a group led by Imad al-Din Sayyid Ahmad Abd al-Hamid (better known as Shaykh Hatim), another graduate of Egypt’s military academy and a lieutenant of al-Ashmawy (Egypt Today, November 17, 2017; Libya Herald, November 17, 2017). Shaykh Hatim, whose Ansar al-Islam group claimed responsibility for the Bahariya attack, was killed in retaliatory Egyptian airstrikes shortly after the attack (Ahram Online, November 17, 2017; al-Arabiya, November 3, 2017). According to al-Mismary, Shaykh Hatim’s group had been present in Bahariya oasis without detection since January 2017 (Egypt Independent, November 17, 2017).

The fallout from the Bahariya massacre hit the highest levels of the armed forces command structure. Army chief-of-staff Mahmud Ibrahim Hegazi was replaced by Lieutenant General Muhammad Farid Hegazi (no relation), a member of the Supreme Council of the Armed Forces (SCAF) that ruled Egypt after President Hosni Mubarak was deposed (The National [Abu Dhabi], October 29, 2017). 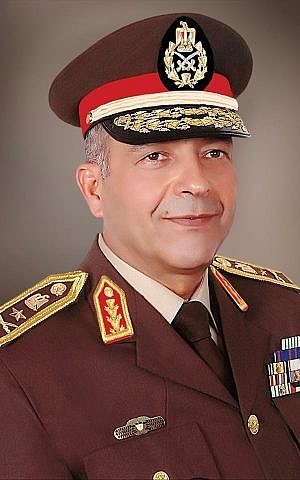 The disaster at Bahariya made it clear that lightly armed interior ministry units cannot deal effectively with better-armed militant groups directed by leaders with advanced training in military tactics. Poor intelligence and unfamiliarity with the desert by security units drawn from the Delta or Nile Valley have hampered operations, while poor ground-to-air coordination has several times resulted in disaster. Nonetheless, Egypt’s military planners continue to neglect improvements in their capabilities in the Western Desert in favor of massive investments in prestigious, but likely useless, items such as French amphibious assault ships and German submarines.

Meanwhile, the instability in the Western Desert has pulled Cairo into the Libyan conflict at a time when it is struggling to control the Sinai and tensions with Sudan are increasing over the disputed Hala’ib Triangle region and Egypt’s alleged support for Darfuri rebels. Until improvements are made in Egypt’s operational capacity in the Western Desert, extremists and arms smugglers will continue to fuel militant and terrorist activities in the Sinai and Egypt’s main population centers.

[2] The city of Derna, besieged by the LNA since 2015, appears to be the base for Egyptian extremists working out of Libya. Some of these have established bases in the vast Western Desert; according to Egypt’s interior ministry, Amr Sa’ad’s Jund al-Khilafah (Soldiers of the Caliphate), a militant group responsible for a series of attacks on Copts in the Delta and Nile Valley, was trained in the southern regions of the Western Desert, near the Upper Egyptian governorates (Mada Masr [Cairo], October 22, 2017).

This article first appeared in the January 15, 2018 issue of the Jamestown Foundation’s Terrorism Monitor.