Russia’s so-far ambiguous approach to Libya’s internal conflict, one of reassuring both sides of its continued support, has begun to shift with the deployment of Russian mercenaries backing “Field Marshal” Khalifa Haftar on the front lines of the battle for Tripoli. Despite Moscow’s search for deep-water ports on the Mediterranean coast, control of oil supplies to Europe, influence over migrant flows to Europe from sub-Saharan Africa, and preference in massive reconstruction contracts, the Kremlin has still refrained from offering Haftar unequivocal support in his attempt to conquer Libya and create a family dynasty. 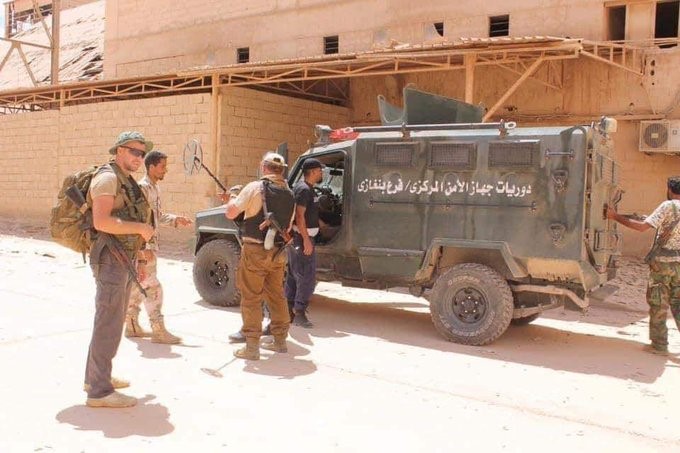 Haftar first began seeking Russian assistance in 2015 after being impressed by Russian military operations in Syria and promised “oil, railways, highways, anything you want” in return for military aid and diplomatic support in his battle with Tripoli’s Presidential Council/Government of National Accord (PC/GNA), which is recognized by the United Nations (Meduza, October 2, 2019). Moscow declined any official military support at that time, opting instead to unleash its private military contractors (PMC), beginning with the arrival of the RSB Group in 2017. Haftar met with Russian Defense Minister Sergei Shoigu and Wagner PMC boss Yevgeny Prigozhin in Moscow in 2018 (Novaya Gazeta, November 9, 2018; YouTube, November 7, 2018). Russian officials insisted Prigozhin was at the meeting only in his capacity as caterer (RIA Novosti, November 11, 2018). But Wagner PMC personnel subsequently arrived in Libya in March of this year to carry out repairs to Russian-made military equipment (Janes.com, September 13, 2019).

A number of important documents related to Wagner PMC activities in Libya were obtained in September by the Dossier Center (funded by former oligarch Mikhail Khodorkovsky) and Russian news portal The Project, in cooperation with the Daily Beast news agency (The Project, September 12). One of the more interesting documents was written or modified by Pyotr Bychkov, a trustee and African expert in Prigozhin’s Fund for the Defense of National Values (FDNV). The document outlines Haftar’s efforts to exaggerate or publicize his Russian military connection in order to awe his enemies. Haftar comes under criticism for using extortion and bribes (some $150 million provided by the United Arab Emirates) rather than military activity to ensure his campaign to bring southwestern Libya under his control (FDNV, April 10).

Russia is reportedly seeking a role for Muammar Qaddafi’s son, Saif al-Islam, who is wanted by the International Criminal Court (ICC) for war crimes committed during the 2011 revolution (Alarabiya.net, December 30, 2018; Bloomberg, September 25, 2019). Two Russian operatives working for the FDNV were arrested by the GNA in May on charges of political interference related to meetings with Saif al-Islam Qaddafi (Nation News, July 5). Documents obtained by the Dossier Center revealed Russian operatives were unimpressed by Saif al-Islam, noting that he had “a flawed conception of his own significance” and would require full-time Russian minders if used as a political frontman. Hedging their bets, the Russians created Facebook pages promoting both Qaddafi and Haftar. While plans to help rig elections should Haftar run in the future were outlined, it is clear that the Russians were similarly unimpressed with the field marshal (The Project, September 12).

Shortly after Haftar’s Tripoli offensive began, Russia moved to veto a UN Security Council statement calling on the LNA to halt its advance on Tripoli (France24, April 8). Haftar arrived in Moscow three days later. United States President Donald Trump made a secret phone call to Haftar on April 15 (made public on the April 19), reversing US support for the UN-recognized PC/GNA government without consulting the State Department.

A Russian briefing report dated April 6 noted that LNA officers appealed to the commander of the Russian PMC, Lieutenant General A. V. Khalzakov, for deployment of a Russian drone to find a GNA artillery battery that had inflicted serious casualties on LNA forces. The appeal was denied (FDNV, September 13). 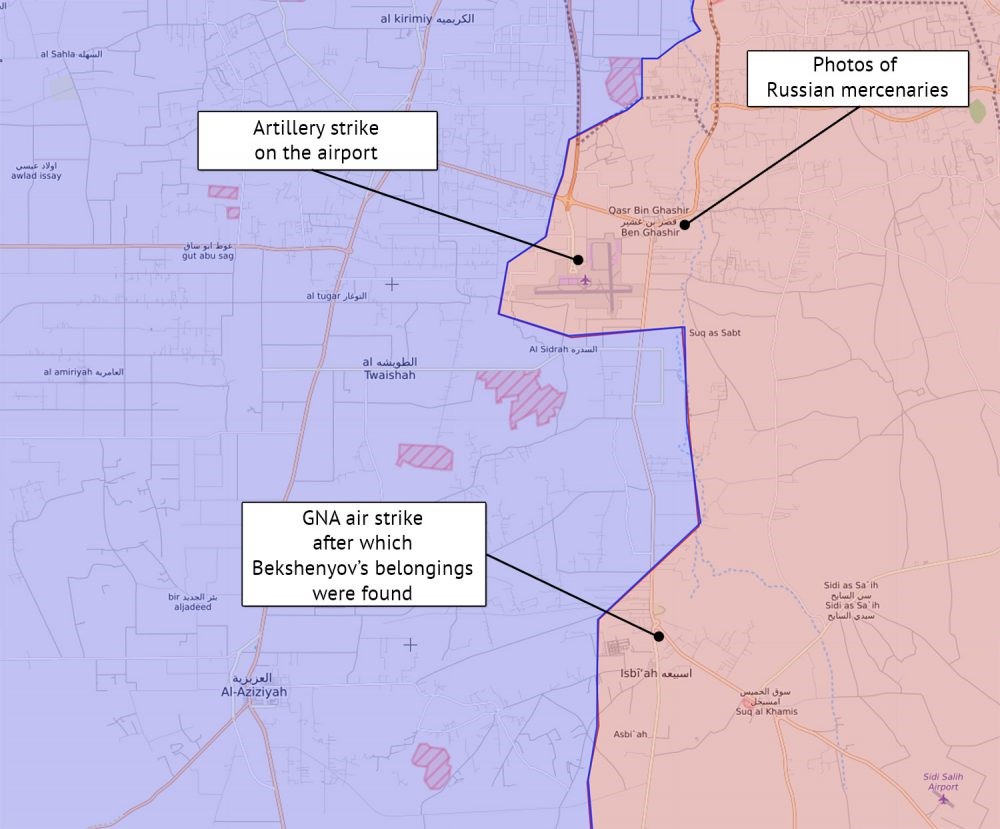 A GNA strike on an LNA position on the Sabea frontline (south of Tripoli) on September 23 reportedly killed four LNA commanders and several Russian mercenaries (Libya February TV, September 23). The airstrike was carried out with a precision not commonly found in GNA air operations and was likely the work of Turkish Bayraktar drones operated by Turkish pilots in Tripoli. The Russians were allegedly caught in the open as they prepared to lead an assault on GNA positions (Meduza, October 2). Sources consulted by Meduza offered estimates of between 15 and 35 Russians killed in the airstrike, though an anonymous source in the Russian defense ministry claimed only one Russian had been killed. Meduza, an investigative news service specializing in Russian affairs, based its revelations on interviews with Wagner PMC fighters and commanders as well as Federal Security Service (FSB) and interior ministry forces veterans with close ties to Wagner Group. 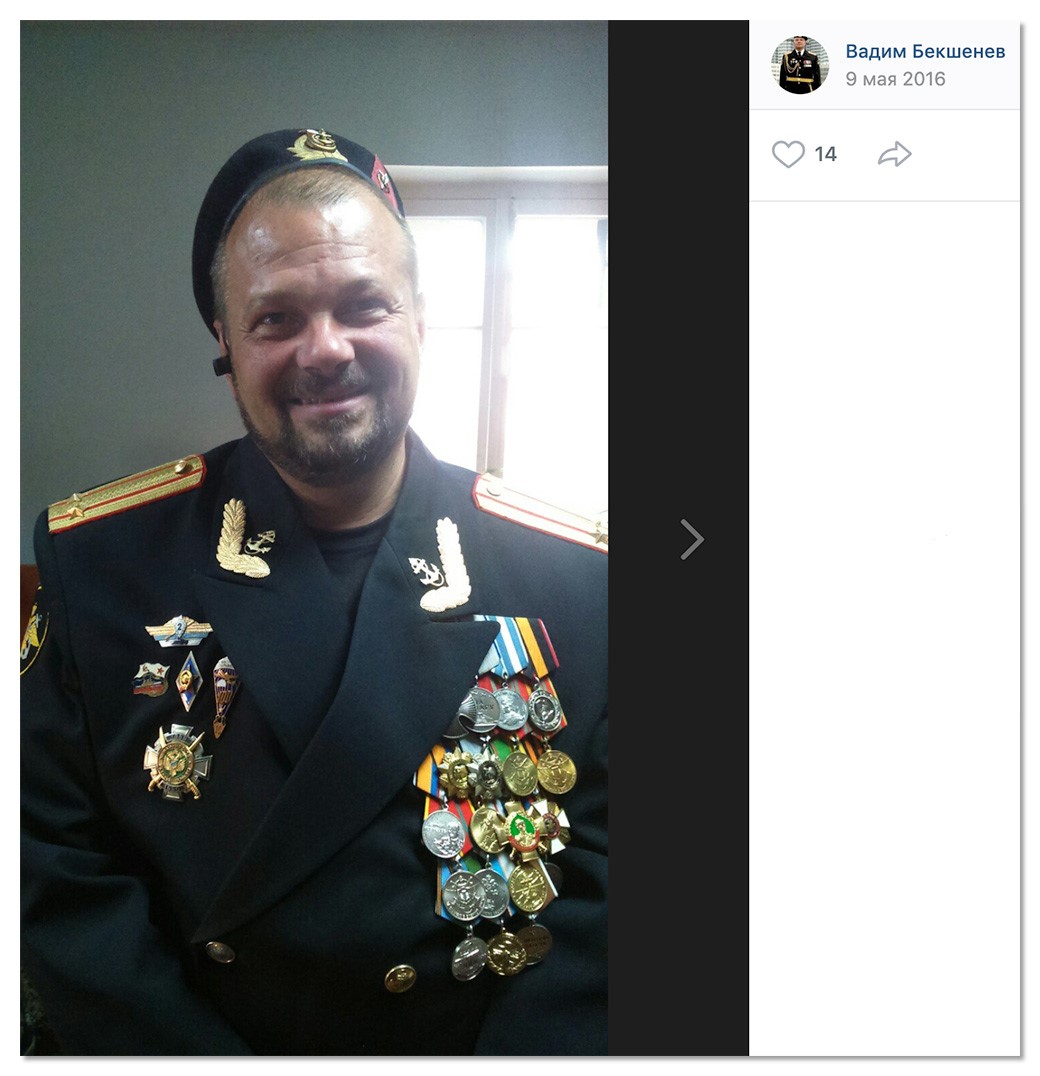 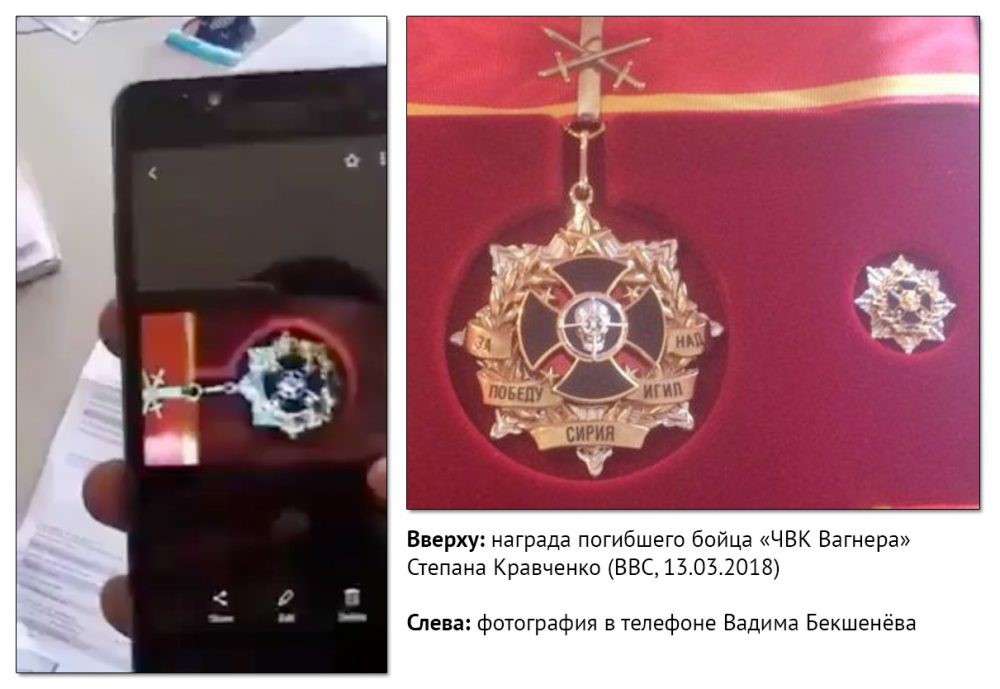 The covert nature of the Wagner Group’s Libyan operations is reflected in the fact that neither the PMC nor the Russian government notified families of combat deaths or returned to them the bodies and decorations of deceased fighters (the usual practice) (Meduza, October 2). So far, Russian mercenary assistance has been unable to move the frontline in southern Tripoli. Russian failure in this campaign would be a blemish on Russian arms, so the Kremlin will be certain to continue to deny all knowledge of private Russian troops in Libya while keeping other political options open—however unpalatable.

This article first appeared in the October 8, 2019 issue of the Jamestown Foundation’s Eurasia Daily Monitor