The attackers emerged out of the desert darkness at dawn on May 4, quickly springing on a Libyan National Army (LNA) training base near Sabha, the capital of Libya’s southwestern Fazzan region. A firefight of several hours ensued before the attackers melted back into the desert. The number of dead LNA troops range from seven to 11; one soldier was beheaded, another showed signs of burning and the others all appeared to have perished from close-range execution-style shots to the head or chest. The dead belonged to the 160th Battalion, part of the loose alliance of militias that compose the LNA under the command of “Field Marshal” Khalifa Haftar. The former CIA asset and Qaddafi-era general has tried to secure the Fazzan in recent months as part of his efforts to expel the UN-recognized government in Tripoli, arrest his political and military rivals, and seize power before elections scheduled for later this year. 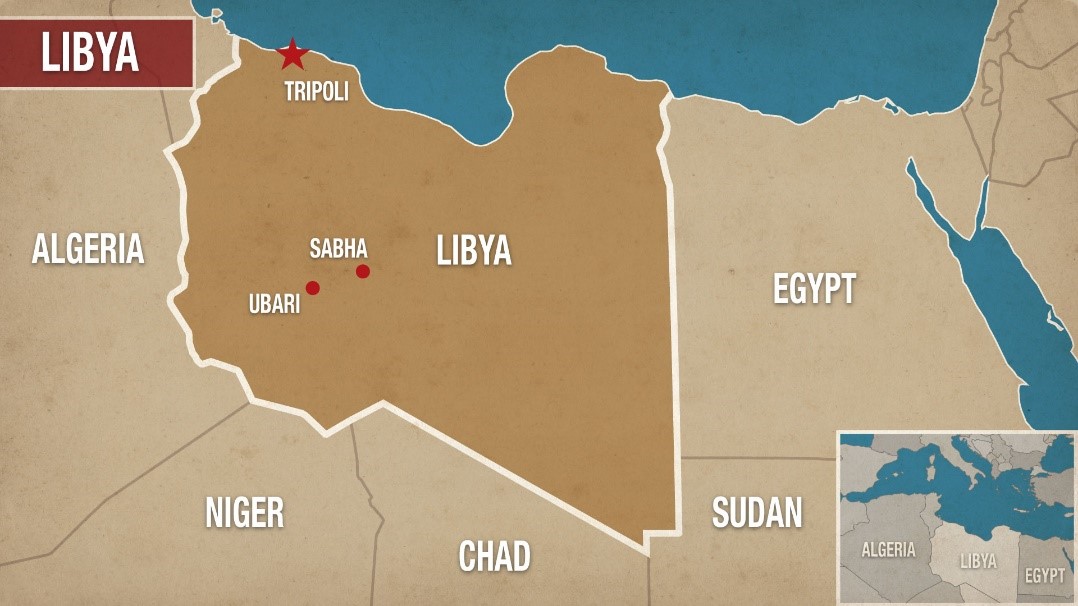 An LNA spokesman blamed the attack on an unlikely combination of Islamic State terrorists and Chadian mercenaries operating in south Fazzan. The Islamic State issued a claim of responsibility that insisted 16 soldiers had been killed or wounded, describing the victims as “apostates” who had fallen to the “soldiers of the caliphate” (al-Arabiya, May 4, 2019; The Address [Benghazi], May 4, 2019; Reuters, May 4, 2016). Chadian mercenaries and exiled Chadian rebels (often the same thing in southern Libya) have worked for both the PC/GNA and Haftar’s LNA, but are typically not jihadists and are not known to collaborate with the Islamic State.  The Islamic State claimed an earlier attack on the LNA near Sabha on April 11, insisting six soldiers had been killed. The LNA confirmed the attack but claimed to have suffered no casualties (Reuters, April 11, 2019). 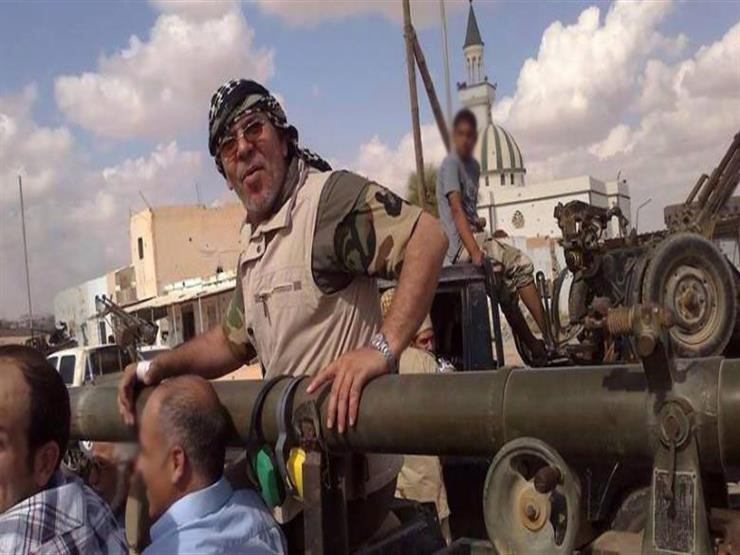 However, another claim of joint responsibility for this latest attack was issued by two militias operating in Tripoli but originally from the northwestern city of Misrata. The two include the 166th Battalion led by Muhammad Omar Hassan and the Sumud Islamist militia led by warlord Salah Badi, the subject of UN sanctions. The 166th Battalion supports the GNA, but, until recently, Badi’s al-Sumud opposed it, favoring, not Haftar and the Tobruk-based House of Representatives (HoR – a rival government to the PC/GNA with ties to Haftar), but yet another rival government, Khalifa Ghwell’s Government of National Salvation (GNS).

Now, with Haftar’s LNA battling to force their way into the southern suburbs of Tripoli, al-Sumud appears to have joined in a common cause against Haftar, who is widely disliked in the capital. The militias denied carrying out any beheadings and claimed that the LNA was using the Islamic State as a tool in its propaganda (The Address [Benghazi], May 4, 2019; Anadolu Agency, May 4, 2019).

The attack may have been designed to exploit an LNA weakness, as Haftar’s southern-based forces move north to bolster the LNA assault on the national capital. With the LNA assault bogged down in Tripoli’s southern outskirts, there is increasing pressure on Haftar to transfer forces to the Tripoli battlefront. If defeated, Haftar is unlikely to be able to take another shot at replacing Libya’s UN-backed administration, the Presidency Council/Government of National Accord (PC/GNA). 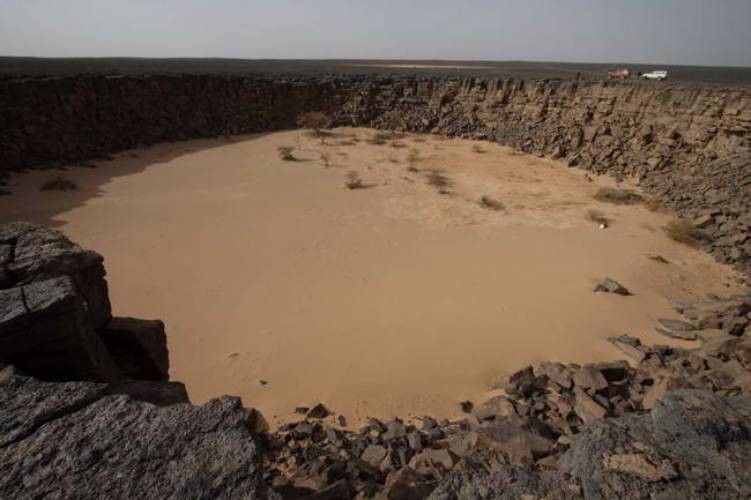 Cauldron of the Wau al-Namus Volcano in the Haruj Region

Haftar’s need for troops in the offensive on Tripoli has already had tragic consequences as Islamic State forces mount violent assaults on desert communities abandoned by the LNA. Al-Fuqaha, 100 km north of Sabha, has been the target of two carefully orchestrated attacks since last October. With little in the way of defense after the most recent attack in April, the town is quickly clearing out, leaving it open to IS occupation (Middle East Eye, April 10, 2019). Al-Fuqaha is on the edge of central Libya’s forbidding Haruj volcanic field, a challenging environment of 150 dormant volcanoes and their blackened lava flows. The region was being used for shelter and refuge by Chadian mercenaries last year and it appears that Islamic State forces may now be using the same region.

There are signs the Islamic State may be trying to take advantage of the turmoil in Tripoli; on April 13, the Rada Special Deterrence Force (a militia acting as Tripoli’s unofficial Islamist police under ‘Abd al-Ra’uf Kara) arrested a Libyan IS member who had arrived from Sabha with the alleged intention of carrying out terrorist acts in the capital (Libya Observer, April 14, 2019). 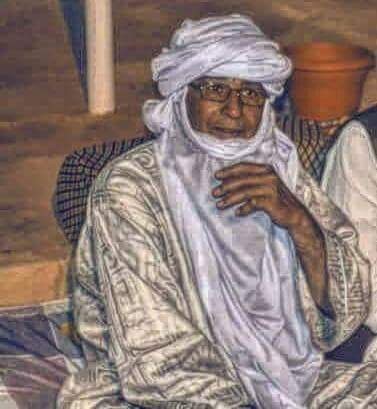 The LNA launched its military offensive in Fazzan in mid-January with the stated goals of driving out jihadists and bandits, securing oil facilities, ending vandalism of stations of the Man-Made River (MMR) project and ending uncontrolled migrant flows across Libya’s southern border. In response, PC/GNA leader Fayez al-Sirraj appointed Tuareg Lieutenant General ‘Ali Kanna Sulayman the commander of the Sabha military zone on February 6 (Libya Observer, February 6, 2019). A former supporter of Mu’ammar Qaddafi during the 2011 Libyan Revolution, ‘Ali Kanna is a fierce opponent of Haftar and is seeking the unification of the armed Tuareg and Tubu opposition to the Cyrenaïcan warlord. [1] ‘Ali Kanna is also believed to have strong ties to Qatar, which, along with Turkey, supports the PC/GNA against the LNA and its Egyptian, Saudi and UAE supporters.

Whether IS or PC/GNA-aligned forces carried out the attack (both detest Haftar and are in need of a victory somewhere in Libya), the Libyan south will present a security threat in Haftar’s rear if he is forced to further reinforce his stalled offensive in the northwest with troops now tasked with securing the south.